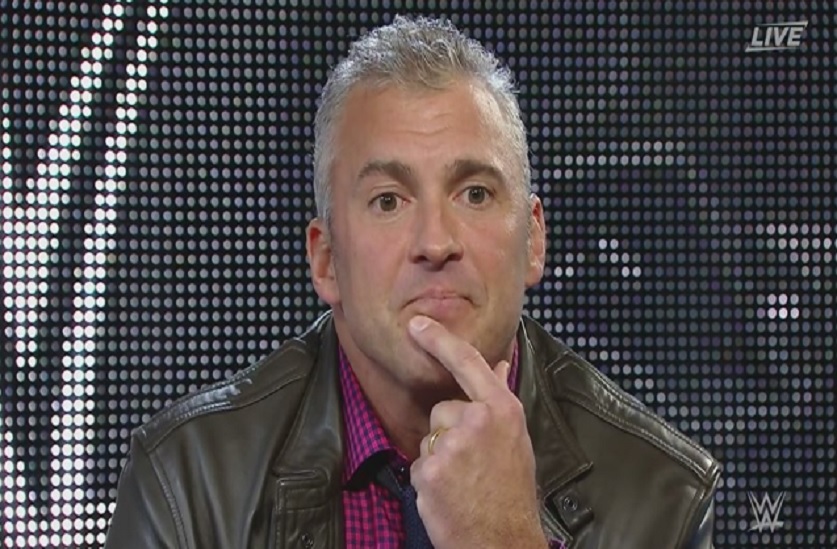 From a very young age, Shane McMahon seemed destined to follow in his father’s footsteps, and run WWE.

This made it all the more shocking when, Shane decided to walk away from the company.

Shane sat down with Corey Graves on the WWE After the Bell Podcast, and explained why he decided to leave WWE.

“Very difficult. It’s one of those things where you have, you can call it, ‘the cocoon’ if you will for your whole life. Again, having the most unbelievable education, [as] you were talking about earlier, sitting next to great minds such as Pat Patterson, guys like Michael Hayes etc.

Having so many business people come through there for marketing and promotion and what have you and business development, consumer products you learn so much from everybody that’s come through those doors. I have, again, had such a fortunate education in multiple facets.”

“So it’s like I’ve had 15 different jobs over the tenure of my career, and you learn so much, whether I was working inside the company having to be all under one umbrella. So taking that knowledge, wanted to go outside for a little while.

Also, it was very important for me and one of the one of the bigger driving factors was, I have three boys and make sure that I was in their life a little bit.

I wanted more time with them, and my leave allowed me to invest time, which is the most valuable commodity as you’re aware. Everything is so demanding, your time is so demanding. So I was I was able to coach all my son’s peewee football, until they got to high school.“

“Thoroughly being in their lives, just being around a whole lot. Seeing a lot of them was one of the driving forces for me doing so as well as immersing myself into businesses that I wanted to do and testing myself. How would I fair outside ‘the cocoon’ and do something completely different, you know, take those skill sets and get involved with multiple multiple businesses. Do some investing. Do some things like that that I’ve always had the affinity to do and go for it.”

“We are trying different things. It’s a work in progress with the different format and changing things up of what’s been going on, especially in the third hour. It’s a way to showcase new talent and get people more exposure. It’s a faster pace and a little more intense. People seem to like it.”

“Never say never. I’ll say that. It’s not about me right now. It’s about developing new talent or talent that is here and giving them a platform. If I can help out and have a good showcase with an up-and-coming talent, I’d love to be able to do that, or an existing one (talent) or what-have-you. It just needs to be, again, follow a good story and an emotional story then how would you pull it off physically. I still got a few left in me.”