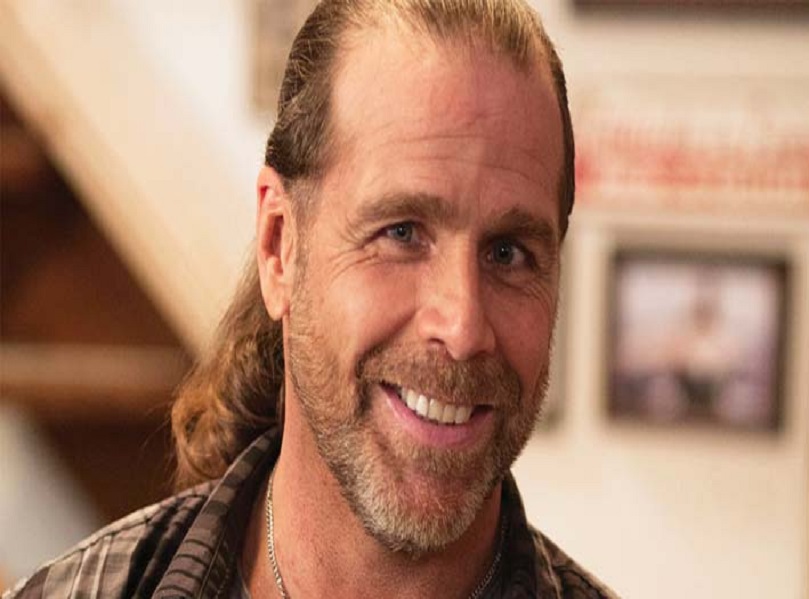 In her autobiography “A Star Shattered: The Rise & Fall & Rise of Wrestling Diva Tammy ‘Sunny’ Sytch”, WWE Hall of Famer Sunny revealed the story behind fellow Hall of Famer Shawn Michaels banging her “good” in the WWF Locker Room back in the 90s.

Below is the story:

“Late in 1996, things started to get pretty rocky between Chris and me and we decided to take a little break. Many nights he stayed at his mother’s house, or his father’s house, or got a hotel room. When you’re on the road with someone 24/7, you tend to get on each other’s nerves.

As mentioned in one of the early chapters, was in love with Shawn Michaels when I was 13 years old. So now, being a co-worker and in the same locker room as him, I couldn’t help but admire him, up close and personal.

He was always very nice to me, much different from how he treated the boys with the exception being the guys in “The Clique.” He was extremely charming, and even more handsome and sexy than he was back when I was 13.

One night we had a skit to do together. He was going to be in the ring when a bunch of heels hit to take him out. He was to fight each one of them off and then call me into the ring.

I was supposed to get in the ring like a shy schoolgirl, and he would motion to me to pucker up, like he was going to kiss me.

He would then turn away and “diss me,” as the live TV show went off the air. After we faded to black, he was to turn around, grab me, and kiss me, much to the crowd’s delight.

Backstage, when everyone was talking over what they were going to do, Shawn pulled me aside and asked, “So, what kind of a kiss can I give you?”

“Any kind of kiss you want,” I replied, in the sexiest voice could I conjure up, giving him a little wink and a smile.

He was happy to hear that, smiled, and walked away.

So it was time. I’m ringside and he calls me into the ring. I walk over to him, he turns away, turns back and grabs me and dips me. He laid the hottest, sexiest, wettest kiss I had ever experienced, right there in the center of the ring.

As he was kissing me, which felt like five minutes and was probably darn close to that, he laid me down on the canvas and CONTINUED to kiss me (and dry hump me a little as well.)

I gotta tell you – it was GOOD … and I LOVED it! I didn’t want it to end, and the Crowd loved it more! They were howling like Wolves, and I can bet you the women in the audience were wishing it was them.

Call me crazy, but I felt sparks during that kiss. OK, I felt friggin’ fireworks!

I mean, come on! It was the “Heartbreak Kid,” for Cryin’ out loud! The most beautiful man I had ever seen!

The next week at TV, I was standing by the curtain watching the show, as we all usually do, and Shawn walked up behind me to look and watch over my head. As he inched closer and closer to me, I could feel his hot breath warming the hairs on the back of my neck.

“Do you feel that?” he whispered.

The “that” he was referring to was his hard di*k pressed firmly up against my as*. Oh yes, I felt it all right. Good and hard.

Instantly, I was turned on. I was moist. What red-blooded American girl wouldn’t have been when the “Heartbreak Kid” pushes his erection up against you and gives you chills with his breath?!?

I had a pretty good idea where this was going, and what his intentions were. And I was right. Later that evening he pulled me into an empty locker room and kissed me. And felt me. And groped me. And then, like a kid in high school, he f***ed me.

Yep, he banged me good, right there in the locker room.

It was so dirty and sexy and so not allowed within the crew that it made it even hotter.

Oh my God! It was mind-blowing $ex!

Another Ex-WWE Star has passed away at age 50