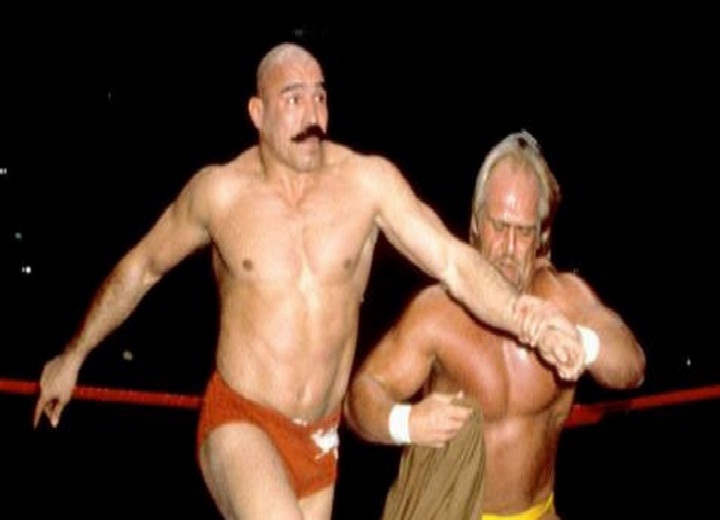 Iron Sheik is a former WWE (then WWF) Champion. He held the prestigious title just once and for less than a month. You could say he was a transitional champion.

However, he was perhaps the most important transitional champion in the history of WWE or maybe even the entire business.

Sheik helped take the title off of Bob Backlund without damaging his credibility and put the title on Hulk Hogan, effectively beginning ‘Hulkamania’ and ushering the WWE into its golden era.

Naturally for a man who was part of very important period in the business, Sheik has a bunch of stories up his sleeve. Not all of them however, are necessarily true.

The Iron Sheik has previously spoken about how he was once offered $100,000 to legitimately break Hulk Hogan’s leg.

Hogan left the AWA in 1983, and Verne Gagne, the American Wrestling Association’s owner, asked the Sheik to shoot injure the future Hall of Famer.

“No. Sheik made that thing up,” Greg Gagne, Verne’s son said on UnSKripted. “A couple of months ago, my brother and I, he said, ‘You gotta watch this thing on YouTube.’

I never knew he said it. So when he [my brother] had told me, I said, ‘That was never said. Verne never did that.’”

“Iron Sheik, he trained with us and Verne got him started, Verne supported him through the Olympics and everything. He was so naïve to the sport, he wasn’t catching on.

My mom gave him the name The Iron Sheik, and then the Iranian thing was going on. Vince [McMahon] wanted somebody and Verne sent him up there [to WWE].”

Hulk Hogan Reacts to Chris Hemsworth Playing Him: ‘He’s Ready’ But ‘Is He Good Looking Enough’