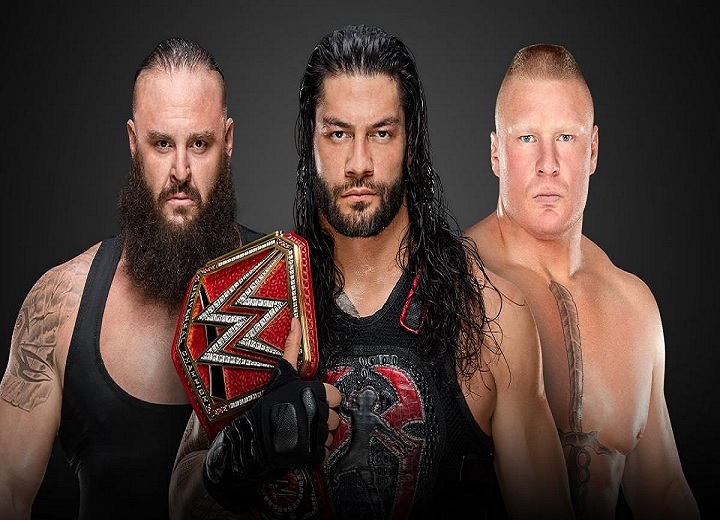 WWE has reportedly parted ways with several top talents, according to Fightful Select.

Strowman had been with the company since 2013. His last match came at the WrestleMania Backlash pay-per-view in the Triple Threat with Drew McIntyre and WWE Champion Bobby Lashley, but he has not been seen since then.

Lana had also been with WWE since 2013. She just wrestled on this week’s RAW, teaming with Naomi for a loss to Dana Brooke and Mandy Rose.

Black signed with WWE in 2016. He was away from the storylines for 6 months but just returned in April with new vignettes after being re-packaged on SmackDown.

His big TV return came on the May 21 SmackDown and it looked like he was about to feud with Big E. They were held off last week’s SmackDown but it was reported that this was a creative decision to allow for some time before they did the follow-up.

Black leaves a one-time WWE NXT Champion, and the 2019 Dusty Rhodes Tag Team Classic winner with Ricochet. His wife Zelina Vega was released in late 2020 but was reportedly recently re-hired. There is no word yet on if WWE still plans to bring her back.

Riott also signed with WWE in 2016. She just competed on last Friday’s SmackDown, teaming with Liv Morgan for a loss to WWE Women’s Tag Team Champions Natalya and Tamina Snuka.

He last competed in the Andre the Giant Memorial Battle Royal in April. Before that his last singles match was a DQ loss to Cesaro on the March 12 SmackDown.

Garrett originally began working with WWE in 2013 and officially signed a contract in 2019 after making various appearances over the years.

She last competed in the Women’s Royal Rumble Match in January, and before that her last singles match was the loss to Mercedes Martinez at NXT’s Great American Bash Night 2 in July 2020.

The Undertaker has come to stay in WWE universe — Reasons revealed