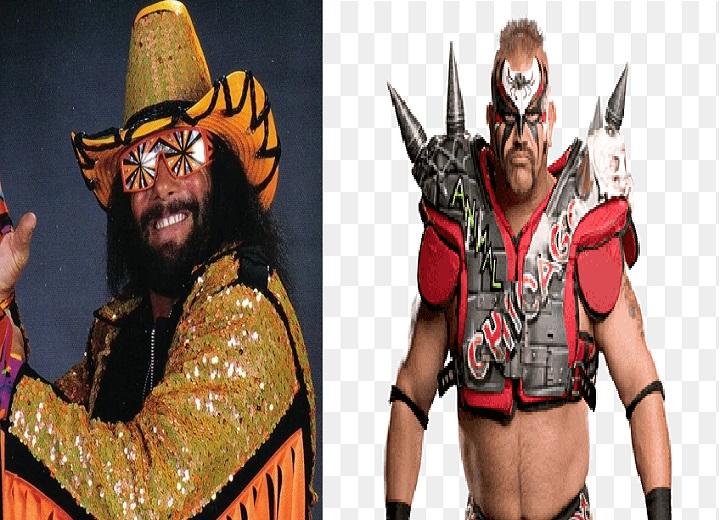 Hannibal TV recently spoke to former WCW manager Sonny Onoo, who talked about an altercation that took place between Road Warrior Hawk and Macho Man Randy Savage some years back.

Macho Man had a lot of beefs both kayfabe and real, and one of the biggest in the latter category was with Road Warrior Hawk.

Their feud began after a show in Japan back in 1996 when the two exchanged barbs, and Hawk ended up punching Randy out.

Sonny Onoo stated on the altercation between Randy Savage and Road Warrior Hawk (via WrestlingInc.com): “I was there. There was a wife and a girlfriend involved, who both lived in Tampa.

Randy Savage with Gorgeous George in WCW. The two were an item off-camera, and she was a witness to the second fight that took place between Randy and Road Warrior Hawk. She even got involved in the action!

There was some issue about that — I’m not exactly sure about that part of it. But there was definitely heat.

Then, they had Randy Savage’s music — and he was one of the main guys, you know? And behind the curtain, Randy Savage and [Road Warrior] Hawk was [sic] going at it.

There were face-to-face, and about to go. Then the music hits, and he’s not going out. They actually had to stop the music! Imagine me — I weigh about 135 lbs. soaking wet, trying to get in between these two guys.”

The fight was allegedly over Savage making a pass at Hawk’s then-girlfriend, Dale. Dale apparently told Hawk about this, who then confronted Savage at a NJPW show in Sapporo, Japan in July 1996.

Savage denied any wrongdoing, and Hawk accused Savage of calling his girlfriend a liar. This apparently triggered a fight between the two.

The confrontation happened when Savage was supposed to be going out for his match. He still went out and performed but reportedly forgot what to do after being “knocked silly” earlier by Hawk.

Apparently both men never made amends before they both later passed away.