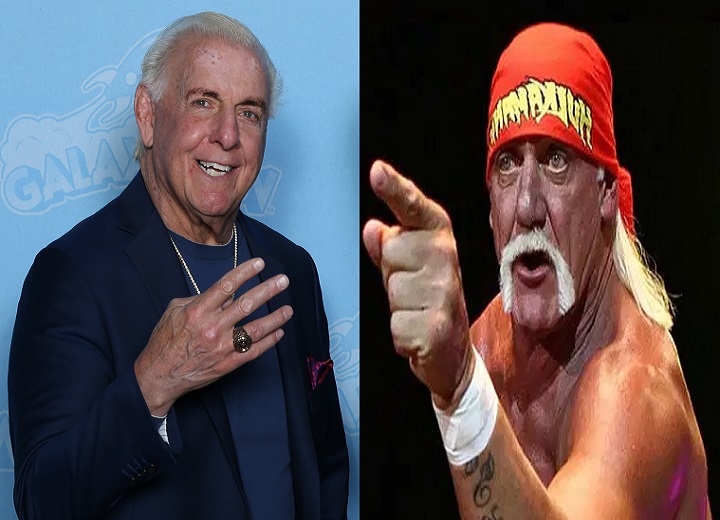 Stephanie McMahon recently had an interview with The Corp where she talked about a number of things and also answered an interesting question about Hulk Hogan and Ric Flair.

The former Raw Commissioner was asked who she thinks is the greater superstar between Hogan and the Nature Boy and what makes a superstar in the wrestling world.

Replying to it, McMahon picked the Immortal One over the 16-time world champion and explained how he is one of the most recognized figures in the world:

That’s a great question. I think that Hulk Hogan is one of the easily most recognized icons in the world. Everything. His size. His stature. That Fu Manchu. That long blonde hair. He’s so iconic.

WWE Hall Of Famer Hulk Hogan was asked that according to him which Wrestling Star is the greatest challenge for gamers to fight as The Ultimate Warrior.

He answered the question pointing to the great wrestler “Ravishing” Rick Rude.Here’s what he said about Rude:

“Well, I think Rick Rude was never given his due. And I know the Warrior got the best of Rick Rude, but I think when it comes down to the gamers, they’re going to find out that Rick Rude is definitely a force to be reckoned with.

I think it’s going to be the Warrior’s biggest challenge, to tell you the truth. They were so similar and so much alike, but I actually think that Rick Rude was stronger in some aspects.

Apparently, no one in the dressing room could beat him at arm wrestling. So, you carry that into the ring and lock up with Rick Rude, and you’re definitely going to have a tough day at the office.”