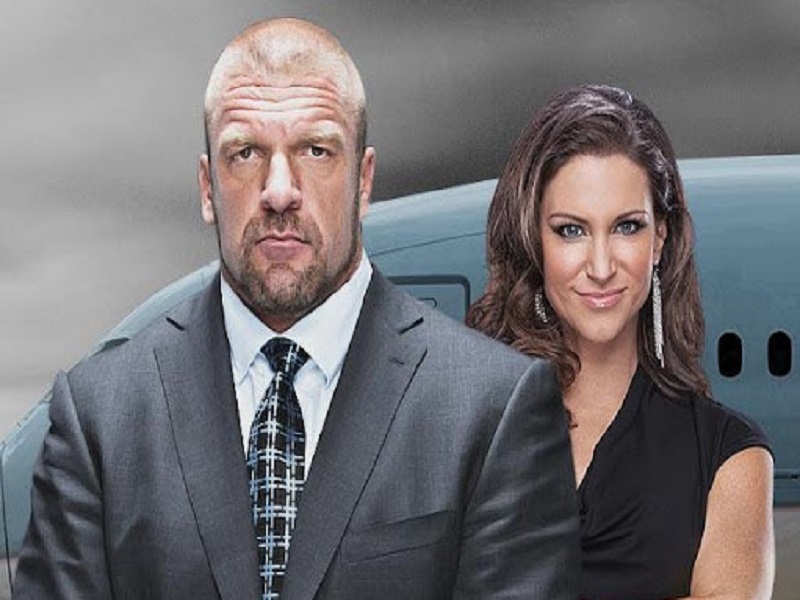 Vince Mcmahon who became a boss and a successful businessman in sports entertainment learnt his trade from his father who was the owner of WWF. Report has it that Vince bought the WWF company from his father.

Vince has come a long way in the business and many people believes that he will retire anytime soon and maybe handover the company to to his son-in-law Triple H or to his biological son Shane McMahon.

The reason the WWE Universe believes that ‘The Game’ will take Vince’s place is that for years now, Triple H has been managing and mentoring the NXT brand and calling the shots on the black and gold brand of WWE.

Keeping the fact that he is the son-in-law of the boss, Triple H has proved his worth in a management position as the COO of the company and has incorporated multiple changes in the company, one of the most evident ones is the growth of the women’s division.

WWE‘s Chief Brand Officer, Stephanie McMahon, revealed what the WWE management is planning if Vince McMahon decides to get down from his throne. Earlier this year, Stephanie sat with ‘Bloomberg Business of Sports‘ and revealed that there will be no one person who will replace the boss, instead there will be a group of people who will look out for the product/content.

“I don’t think there will ever be a person-to-person replacement for Vince McMahon. He does too much. The landscape would look different however it shakes out,” Surprisingly, throughout the interview, Stephanie didn’t mention the name of Triple H as the sole owner of the company, or even Shane McMahon for that matter. However, it looks like Vince McMahon still doesn’t want to leave his place at the top of the mountain as he is constantly involved in segments and in backstage management.