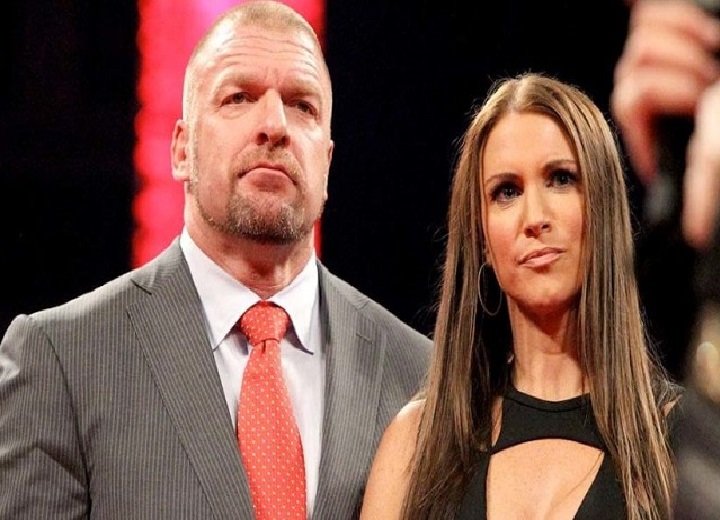 “I AM the Game and I am that damn good!”The quote that propelled Triple H to the top of the WWE is apparently not a sentiment shared at home, with his wife Stephanie McMahon picking a number of different superstars as her own personal favourite wrestlers.

The WWE chief instead opted for Hulk Hogan because of his iconic status, Ric Flair for his talent, and The Rock for his fame.

Speaking on Barstool Sports podcast The Corp, she said: “Hulk Hogan is one of the most easily recognised icons in the world.

“He is everything because also his size, his stature, that Fu Manchu [moustache], the long blond hair. He just really is one of the first ever, I think, truly global icons.

“Ric Flair is arguably one of the greatest superstars ever in the history of our business from a pure talent standpoint.

“I think that even Hulk Hogan would say Ric Flair has me beat. Ric, he transcends our business in many different ways than I think Hulk Hogan does.

“And it feels like I’m maybe not picking one over the other but I’m picking each one for different.

“I think The Rock, especially because with all the different platforms that exist today, I think Rock has, he’s probably the number one most easily recognised WWE superstar of all time

“And not only is he a successful actor, he also runs Seven Bucks Studios, he’s an entrepreneur, he’s an executive, he’s a philanthropist.”

I think Rock (is) probably the number one most easily recognized WWE superstar of all time.

On the podcast, Stephanie was also asked about her friendship with WWE Hall of Famer Andre the Giant, who she grew up before he passed away in 1993.

She added: “But so ever since I was a little kid and it was just normal to have you know Hulk Hogan over for dinner, Mr. T you know, Ultimate Warrior stayed with us for for a little while. I mean that was just kind of the way life was for me.

“I grew up with Andre the Giant as my best friend and I never knew any different.

“So I met Andre. Gosh I don’t even remember this story, my mum tells this story. I was about three and I was jumping on the trampoline outside of our house and we lived in Cape Cod, Massachusetts.