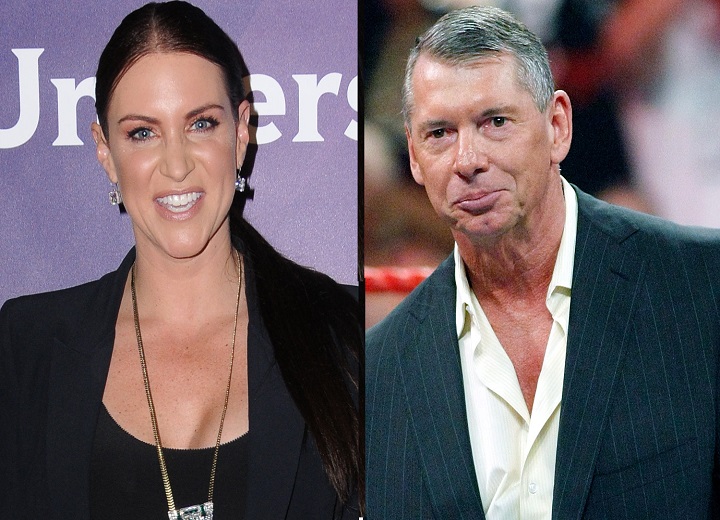 Stephanie McMahon is one of the most powerful names in WWE, but that doesn’t mean her job is secure as she was almost fired many times.

Stephanie McMahon recently discussed her success in WWE and despite being the boss’s daughter she has almost been fired a number of times.

No matter how many wrestlers come and go in WWE there is always one thing that remains a constant, the presence of the McMahon family. The McMahons have always been the ones behind what goes on in WWE and ever since the 1990s they have also been an on-screen presence.

McMahon made sure that Shane and Stephanie earned that right though. Both his son and daughter have been involved in countless angles over the past 20 years or so and we know them well, but it wasn’t simply a case of them being pushed into the spotlight as soon as they came of age.

Both Shane and Stephanie had to work behind the scenes growing up and earned their way up the ladder in their father’s company.

It’s rare that fans get an insight into the real life of the McMahons but recently we got exactly that. Stephanie made an appearance on Lilian Garcia’s podcast Chasing Glory and revealed that her father had almost fired her “numerous times”

“It hasn’t always been pretty. I had to learn a lot along the way and I made a lot of mistakes along the way. And I think that the only way you truly grow and get better is by making mistakes,” Stephanie explained on the podcast.

While McMahon didn’t give any specific reasons why she came close to being fired she did discuss a time that was particularly embarrassing for her.

When SmackDown used to be pre-taped rather than live she performed a segment that wasn’t to her father’s liking. In fact, he disliked it so much that he made her return to the ring and perform it all over again in front of a live Boston crowd. Talk about embarrassing.

That instance plus the other times Mr. McMahon has demanded more from his daughter have clearly worked though.

Stephanie is ever present on WWE television and is the company’s Chief Brand Officer.

Plus, when her father reaches a point that he can’t run his promotion anymore it’s almost a given that Stephanie and her husband Triple H will take the reigns

Stephanie McMahon says, “My Father, Almost Fired me From WWE because I made some mistakes”