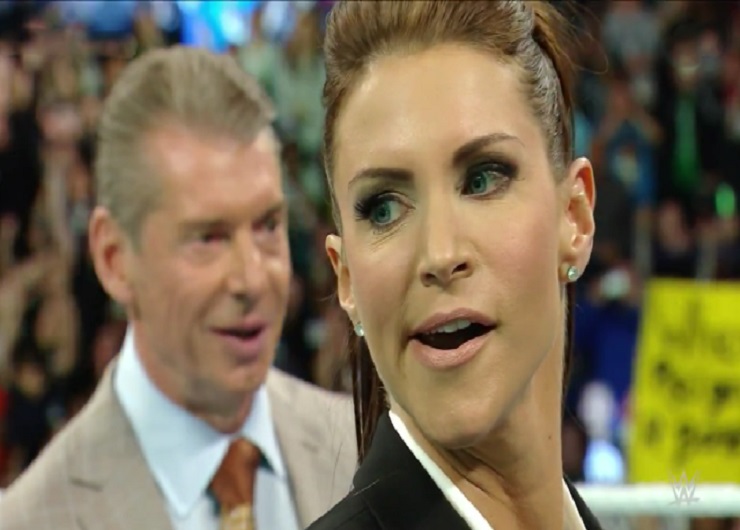 Stephanie McMahon’s WWE career has seen her primarily finding success as a heel. Stephanie is easily a more natural heel and has a lot of similarities to her father Vince McMahon both on-screen and backstage. However, there was a strong success for Stephanie during one babyface run of her career in the early 2000s of the brand split.

Vince named Stephanie as the Smackdown General Manager to play a babyface for the first time since her early months on television that never came off as natural. Stephanie seemed more comfortable as a heel and helped the overall product when getting heat. The new character in an authority figure role was a huge gamble, but WWE witnessed the proof that Stephanie could thrive in a major face role.

WWE wrote Stephanie McMahon off television after the breakup with Triple H when he returned from an injury as a face. Stephanie losing a triple threat match for the WWE Championship against Triple H and Chris Jericho meant she was forced to leave. WWE kept Stephanie off television for a few months before bringing her back for the Smackdown General Manager role.

Vince McMahon winning full ownership of WWE back from Ric Flair meant he would name two new General Managers to keep the brand split going. Eric Bischoff was named the Raw General Manager as a heel, so the move to have Stephanie play a face on the Smackdown side was made to even it out. The bigger story of them feuding would see Stephanie and Eric battling for talents to have the superior brand in WWE.