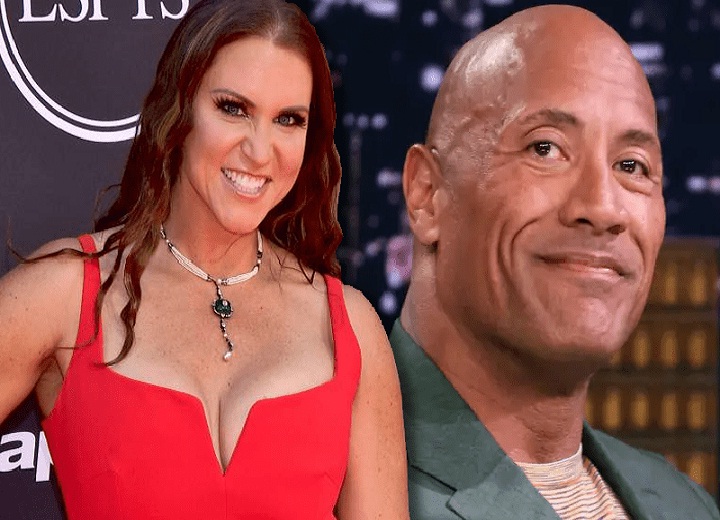 With the logo for the WrestleMania Backlash and WWE Money in the Bank show taking a Hollywood theme, many people online have suggested that world-famous movie star The Rock should make a comeback for the marquee pay-per-view.

Speaking to the media in Los Angeles, Stephanie McMahon discussed the possibility of the former WWE Champion returning for one more match at the “show of shows” next year:

“We’re always talking to Dwayne ‘The Rock’ Johnson and hoping he’s going to come back. Sometimes it pans out, sometimes it doesn’t, but we’re always talking. Well, I think The Rock is the perfect example of what happens when WWE and Hollywood come together. So I hope that he’ll be a part of it. But I can’t promise anything.”

As if often the case with The Rock, I’m sure WWE will make a play to have him involved in some capacity at WrestleMania. However, this immensely busy movie filming schedule might not permit it.

Speaking of WWE returns, Stephanie McMahon also discussed whether her former rival Ronda Rousey will be involved in the show after main eventing WrestleMania last year:

“I sincerely hope we have Ronda Rousey back for WrestleMania, WrestleMania Backlash and WWE Money in the Bank here at SoFi, only I don’t want to be the one facing her in the ring.

It didn’t work out so well for me last time. In all serious seriousness, I hope so. I know that she’s very excited about coming back.

I think she has seen things in her personal life that she wants to do. And when the time is right, she’ll be back. I have no doubt about that.”