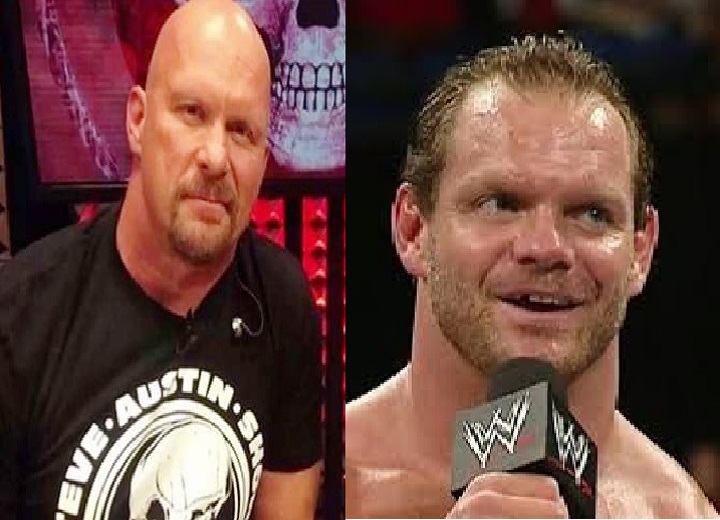 Stone Cold Steve Austin believes his match against Chris Benoit on WWE SmackDown in 2001 is one of the best of his career. The WWE Hall of Famer has also revealed that the two Superstars went against orders by going over their allocated time for the match.

At WWE King of the Ring 2001, Steve Austin retained the WWE Championship against Chris Benoit and Chris Jericho.

Three weeks before the PPV, The Texas Rattlesnake defeated Benoit in a 20-minute singles match on SmackDown.

Vince McMahon, Austin’s on-screen ally at the time, watched on from ringside as the match’s Special Enforcer.

Speaking on The Pat McAfee Show, Steve Austin gave backstage details on what happened before the famous match.

“I loved my match that I had with Benoit in Edmonton on SmackDown,” Steve Austin said. “About 20 minutes, we’d worked the night before. They shortened us on time and I came up with his comeback for him.

“I said, ‘I’m seeing 10 belly-to-belly or belly-to-back suplexes,’ whatever they were. I said, ‘I’m not seeing a traditional comeback,’ and I said, ‘If they tell us to go home, f*** it, we’re gonna go as long as I want to.’ I got the heat, we went out there and ripped it up, so I was really proud of that match too.”

The finish saw Steve Austin roll up Chris Benoit for the victory following a distraction from Vince McMahon.

It is rare for WWE Superstars and legends to mention Chris Benoit’s name. In 2007, the former World Heavyweight Champion killed his wife and son before committing suicide. Although Benoit matches are still available on the WWE Network, his name is never brought up by WWE.

Steve Austin has previously said on his podcast that he loved Benoit as both a wrestler and the person he knew.

However, he believes his actions were “unforgivable” and there is no chance of him ever receiving a Hall of Fame induction.