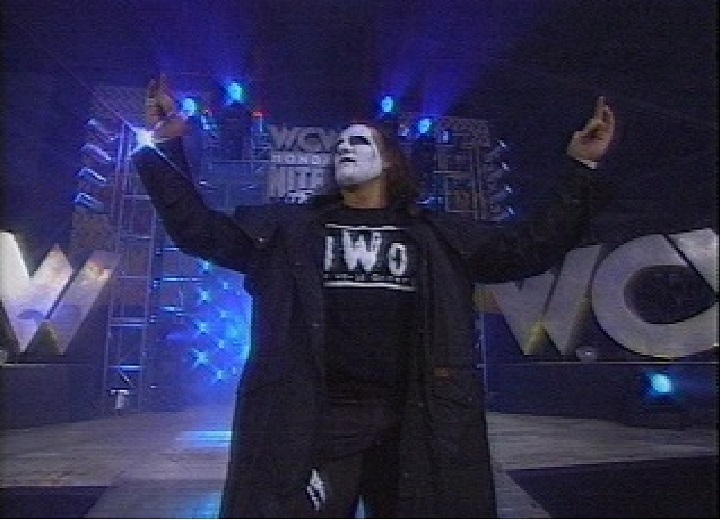 A WCW ‘Icon’ to many in the wrestling world and a “Vigilante” to some, Sting’s comeback to pro wrestling has been something else. He shocked the world when he arrived in AEW, and his sheer presence warranted reactions from many, considering Dynamite being on TNT.

Sting’s WCW past still stands apart in the business and moreover, his ability to stay relevant is impressive, considering a select few have had success.

His willingness to change was evident with his evolution in TNA/IMPACT Wrestling as the ‘Joker Sting’ but it began in WCW.

Sting became a household name as a beach blonde ‘Surfer’ in WCW and was the ultimate babyface. The eventual evolution to ‘The Crow’ also coincided with the arrival of the nWo. On AEW Unrestricted, Sting said:

“It was huge. It wasn’t just me, of course. It was everybody. NWO, you know, Hulk Hogan, Scott Hall, Kevin Nash and the whole NWO. The whole package.

Everyone together and again, we’re all marching to the same beat, the same drum. And so, it was all good. Yeah, I mean, from the top, all the way down, what an experience. And I do believe that was an angle I’ll never forget.”

Sting also spoke on how he changed his character to a silent avenging figure. He said:

“Less is more. I didn’t talk, you know. It’s also filled with risk. I took risks and changing your character around. You’re blonde, flat-top, Neon, glow in the dark, you know, character, charismatic and then, all of a sudden, you know, you’re stoic.

You’re up in the rafters, you know, are fans going to fart all over this? What’s going to happen here? And it ended up working. Thank god for that. And it really set the precedent at the time.”

Sting’s later success in WCW was a reaction to the nWo invasion but allowed him to take his character where no one thought possible.

This version would be one of his career’s defining moments and perhaps cemented him as Mr. WCW for the years to come.