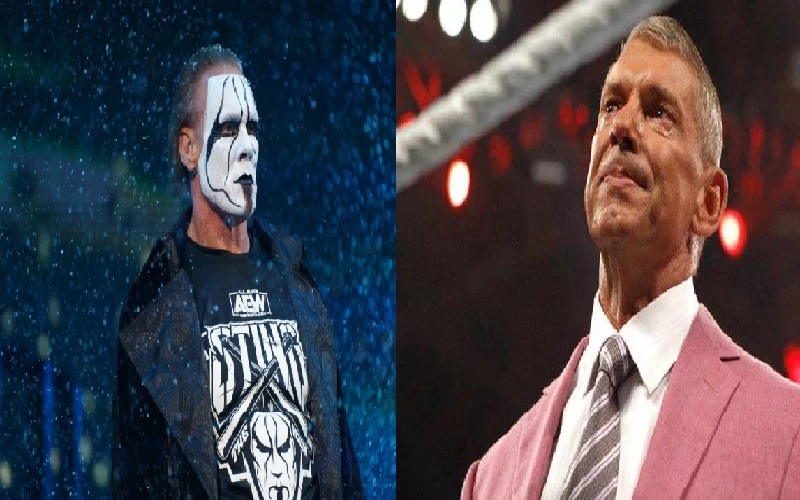 WRESTLING legend Sting has revealed Vince McMahon’s disgusted reaction to him rejecting him for TNA in 2003.

The icon, who shot to worldwide fame in WCW, was wanted by WWE after his old company was taken over by the McMahon family.

However, despite the likes of Goldberg and Hulk Hogan going to WWE, Sting opted to go for the lesser-known TNA and went on to achieve hall of fame status there.

Despite being 61, he made headlines again last month when he shockingly debuted on Dynamite after signing a deal with All Elite Wrestling.

And during a recent interview on AEW Unrestricted Podcast, Sting revealed all about snubbing McMahon 18 years ago and how the billionaire reacted.

He said: “I was called by Jeff Jarrett. Do you want to come and do a show?’

“I did one and he said, ‘Do you want to do another one?’ ‘Alright.’ ‘Could we get you to sign a deal and do something with us?’

“I didn’t really want to do it and it took some twisting of my arm to do it, but I decided I was going to do it.”

The veteran continued: “Vince was in the picture once again during that time.

“I said, ‘Vince, I’m going to TNA.’ He said, ‘The thought of you and the legacy you leave behind and you going to TNA is just Blagh!’ He literally said, ‘Blagh!’”

Sting was a key player in the Monday Night Wars between WWE and WCW back in the late 90s and remains a huge fan favourite to this day.

After McMahon purchased WCW in 2001, Sting refused to sign for his rival due to loyalty to the fallen brand.

After years of persuasion, he finally entered WWE in 2014 and immediately targeted Triple H and The Authority.

The two would later have an epic battle at WrestleMania 31 the following year, which memorably saw both DX and the New World Order square-off.

Sting later fought Seth Rollins for the WWE title at Night of Champions but injured his neck during the losing effort, which turned out to be his final ever match.

He last appeared on WWE TV in February 2019 as part of Ric Flair’s 70th birthday celebrations.