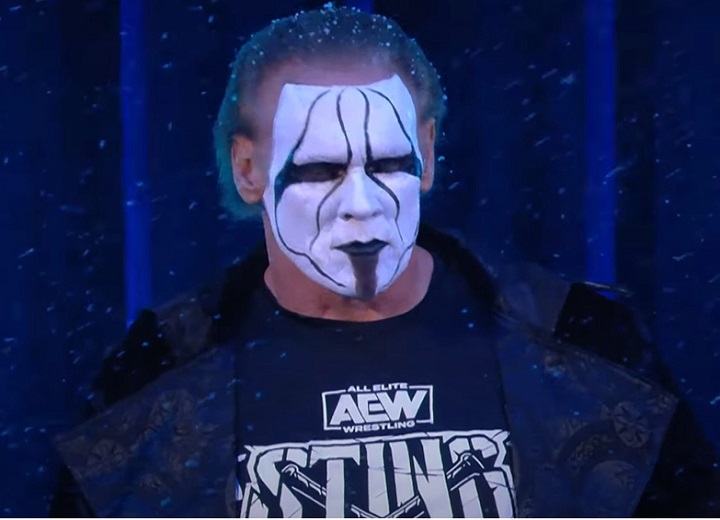 According to Sting, he had a few conversations with McMahon over the years about going to WWE and ‘Stinger’ even came close to leaving WCW a couple of times.

“I had probably had three… on three separate occasions, I had a conversation with Vince [McMahon] and I was close on a couple of those occasions to leaving [WCW].” Sting recalled, “two reasons why I never did, number one, WCW always ended up giving me what I asked for as far as… it wasn’t just financial – it was how much I work – I wanted to have it be in black and white, contractually, ‘I want to work X number of days and blah, blah, blah, only a certain number of house shows that I want to do throughout the year,’ so they gave me what I wanted.”

The man called Sting divulged that the second reason he had for never leaving WCW for WWE was that he always felt that McMahon wanted to sign Sting away from WCW to undermine WCW more than anything else.

Interestingly, Sting noted that WWE’s risqué programming would not have stopped him from making a run up north.

“And as far as Vince, Vince and I would always talk and it was great. And then, the attorneys would talk and things would kind of change, but I always thought in the earlier days, I thought that Vince wanted me more to undermine WCW than he did want me as a talent.” Sting continued, “well, in the later years, you could that, yes. I mean, that was definitely a part of it as well, but that wouldn’t have stopped me from going up there, honestly. I mean, I’m a pro wrestlers.

This is what I do. And I’m not going to… I mean, I always thought everyone knows who I am. They know what I stand for. They know what I believe. And if I go up there and they ask me to do something that’s maybe against my conscience and I just can’t do it, then, I just won’t do it.

Apparently, when Sting informed McMahon that the former was signing with Impact Wrestling, ‘The Genetic Jackhammer’ suggested that going there would have ruined Sting’s legacy.

“I ended up going to TNA and I’ll never forget having that conversation with Vince.” Sting remembered, “he’s on the phone with me and he says, ‘you know, Sting,’ he said, ‘I find this hard to believe.

The legacy that you leave behind and the thought of you going to TNA is just, blah.’ That’s exactly what he said, ‘blah!’ And so then you fast forward to me coming back to do WrestleMania, I sent out a text to Vince and Triple H, and I simply said, ‘have you guys turned the page on Sting yet?’ because I honestly didn’t know. Did they turn the page? Are they done or would they consider a run up there?”

Notably, Sting shared that he planned on being with Impact for only one or two years and that he was there to help attract other stars.

“Yeah, I thought, ‘let’s try TNA.’ And, again, they kind of gave me what I wanted. Obviously, it wasn’t all about money with TNA, but the schedule though that I ended up having, that I could attain and they were very agreeable. And so, we did that and the rest is history.

I planned on doing it for a year maybe or a couple of years. But they brought me in in hopes that other bigger name guys might want to come in and I thought that worked because, quite frankly, quite a few of them ended up coming in. Kurt Angle was the first. Mick Foley was there.

[Scott] Hall and [Kevin] Nash, they were there. Scotty Steiner was there. Hulk Hogan was there.” Sting professed, “a lot of guys ended up coming in and it was a lot of fun. It really was.”

Hulk Hogan: “The Ultimate Warrior was a head case, he’s tough to manage”