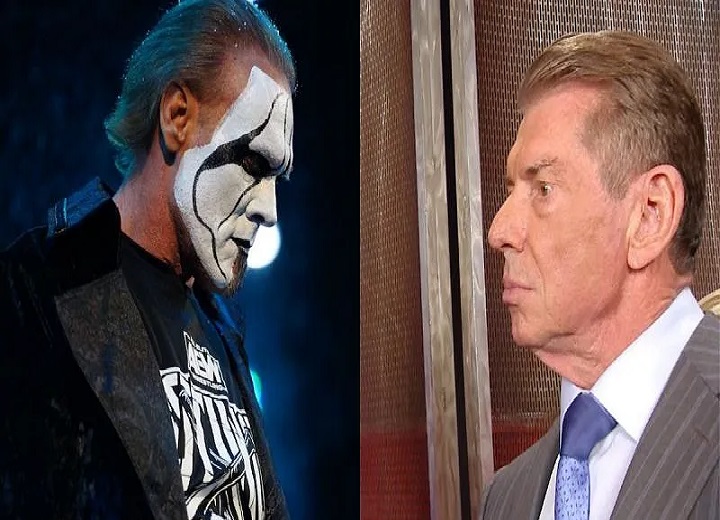 Sting has revealed that Vince McMahon responded with the word “BLEGH” when he decided to join IMPACT Wrestling (fka TNA) instead of WWE.

In 2001, Vince McMahon purchased WWE’s fiercest competition, WCW, and obtained the contracts of dozens of wrestlers from the WCW roster.

Although Sting was one of WCW’s biggest stars, he decided to snub WWE and join the up-and-coming TNA promotion.

Speaking on the AEW Unrestricted podcast, new AEW signing Sting recalled a conversation that he had with Vince McMahon in 2002. The WWE Chairman had an interest in hiring Sting to work for WWE, but the WCW icon had different ideas.

“Vince was in the picture once again, and I’ll never forget it—I’m talking to him on the phone and I said, ‘Vince, I’m going to go to TNA.’

[And Vince says] ‘The thought of you and the legacy that you leave behind, and you going to TNA is just… BLEGH.’ [laughs] ‘He literally said ‘BLEGH.’ Yeah. Yeah, and then I’m working for him a few years later.”

Sting worked for TNA from 2003 to 2014. He won the TNA World Heavyweight Championship on four occasions, while he was inducted into the company’s Hall of Fame in 2012.

Over a decade after he rejected WWE, Sting finally signed a contract with Vince McMahon’s company in 2014.

The veteran competed in pay-per-view matches against Triple H (WrestleMania 31) and Seth Rollins (Night of Champions) in 2015. He also received his WWE Hall of Fame induction in 2016.