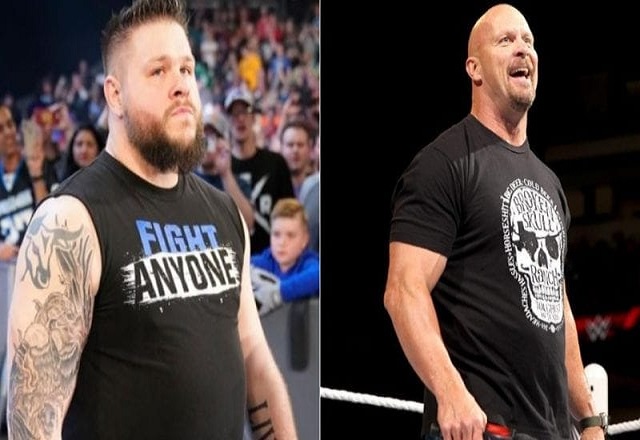 Steve Austin will be back inside a WWE ring on Saturday April 2nd when WrestleMania 38 takes place in Dallas, Texas, home of the former champion. After weeks of hearing his state, Texas, being insulted by Raw superstar Kevin Owens, the 57-year-old has finally responded to the taunts. In a video that WWE posted, Austin confirmed that he would be at the AT&T Stadium, although he didn’t confirm if he’d actually be having a match.

Austin’s last match came 19 years ago at WrestleMania 19, when he lost to The Rock, at the T-Mobile Park, and unlike most of the wrestlers in his era, he’s never returned to action. The six time WWF Champion has made the odd appearance in the years since, acting as a GM, Special Guest referee and being inducted into the Hall of Fame.

He hasn’t yet had a match, and that could still be the case, with Owens inviting the Rattlesnake to appear in his ‘talk show’ segment known as the ‘KO Show.’ In his promo, Austin only confirmed he’d be opening a ‘can of whoop ass’ on Owens, saying, “Whether you wanna call this the KO Show, a match, a fight, a brawl, whatever.

“…I will guarantee you this, in Dallas, Texas where I started my career, at WrestleMania, ‘Stone Cold’ Steve Austin is gonna open up one last can of whoop ass.” Fans were instantly hyped about the chance to see Austin once again, with the WWE’s ‘toughest S.O.B’ still amongst one of the all time favourites for fans of all ages.

The stadium, which is usually host to NFL side Dallas Cowboys, is likely to erupt when the glass smashes on April 2nd, and Stone Cold’s music hits once again. The showcase of the immortals is running over two nights this year, for the the third year in-a-row, but will be the first time there is full attendance over both nights.

Austin isn’t the only surprising name to feature on this year’s card, with Jackass star Johnny Knoxville and former NFL star Pat McAfee both involved in matches. Night one will likely be headlined by Charlotte Flair vs Ronda Rousey, whilst night two will be headlined by Roman Reigns vs Brock Lesnar’s ‘winner takes it all’ match.