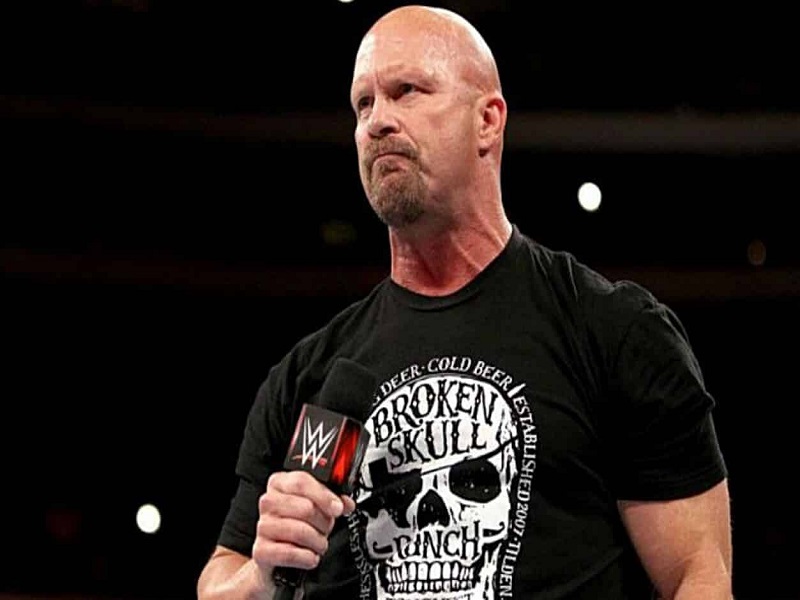 The Rated-R Superstar returned at the Royal Rumble on Sunday night, despite being forced into retirement due to a neck injury in 2011. Austin retired in similar circumstances in 2003 but admitted on his podcast that Edge’s return hasn’t made him hanker for a return.

Speaking on ‘The Steve Austin Show’, the ‘Texas Rattlesnake’ said:  “Basically you’re asking me, based on Edge’s return, would I consider making a return? No. “Whatever Edge is doing has nothing to do with me,” he replied. “I’m done. I’ve already said I’m done.”

Austin’s career came to an end at Wrestlemania 19 following defeat to longtime rival The Rock. He was only 38 at the time of his in-ring departure, but ‘The Bionic Redneck’ has come to terms with his retirement.

“When I see a guy whose kinda had a similar type of neck situation as I had, or neck surgery in general, and to leave the business when he did nine years ago and then come back, I’m like ‘Ok. Man, be careful out there.’ Ya know? “Cause I haven’t seen you in action. And we know it’s a very physical business. You can get hurt any time, any way. It can be very dangerous. So just please be careful.”

Edge’s return set WWE fan’s hearts racing on Sunday night when he emerged as number 21 in the Royal Rumble. He eliminated stars such as AJ Styles and Randy Orton before being tossed out by Roman Reigns. He’s reportedly signed a three year deal worth up to $3 million for five matches in 2020.

The WWE Hall of Famer appeared on Monday Night Raw this week and claimed he returned so he could ‘leave on his own terms’. The Canada native is expected to make an appearance at this year’s Wrestlemania, in a match against former ‘Rated RKO’ tag team partner Orton. An appearance in Saudi Arabia next month is also tipped, as well as this year’s Summerslam event in August.

Hulk Hogan’s Lying To Himself Again