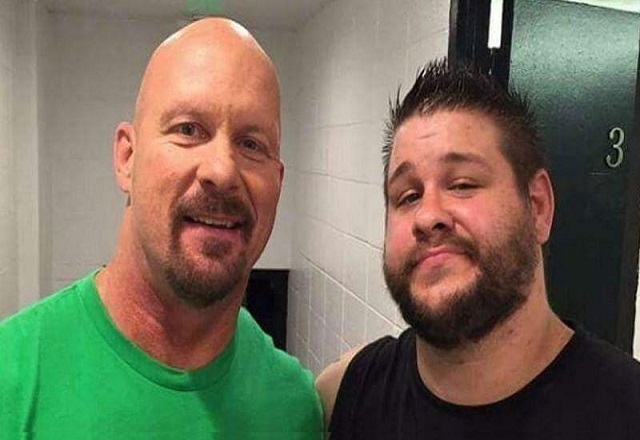 Stone Cold Steve Austin is making his historic return to the WWE ring. Ever since the news of his return broke, the entire wrestling world is awaiting WrestleMania more than ever.

Moreover, it seems like Stone Cold will return not just to cut a promo or drink a few beers in the ring. He seems to be getting ready to have a physical confrontation with WWE Superstar Kevin Owens.

According to recent reports, it seems like Austin will indeed have a proper match at the grandest stage. Moreover, WrestleMania this year will be a two-night event. Hence, reports also suggest that Stone Cold vs. Kevin Owens will actually be the main event of WrestleMania night one.

This would be a huge step from WWE’s side as Stone Cold is returning to the WWE ring after 19 years. His last match was back at WrestleMania 19 against Dwayne ‘The Rock’ Johnson. While WWE has not officially confirmed this news, if true, this decision might receive mixed reactions from the fans.

There is no doubt that Stone Cold Steve Austin is one of the biggest draws in WWE history. However, the main event spot at WrestleMania is something every WWE Superstar fights for. It is more or less obvious that out of the two main events of WrestleMania this year, one would be Roman Reigns vs Brock Lesnar. Evidently, it is being branded as the greatest WrestleMania match of all time.

However, when it comes to the other main event, there are many contenders. For instance, Ronda Rousey won the Women’s Royal Rumble Match, which promises her the main event at WrestleMania against Charlotte Flair. Moreover, Becky Lynch and Bianca Belair are facing each other at WrestleMania as well.