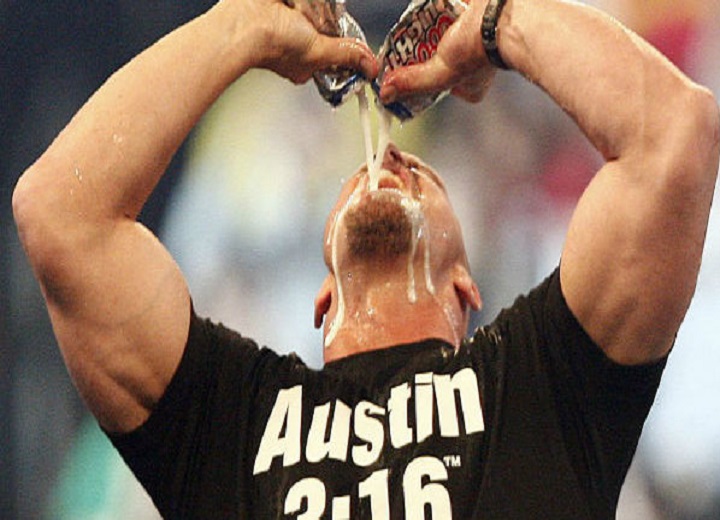 Stone Cold Steve Austin has broken his silence about giving up the booze. The legendary former WWE champion stunned fans when it was revealed he has abandoned his trademark beer-bashes.

Austin was the No.1 star of WWE’s acclaimed ‘Attitude Era’ and would celebrate big moments by downing several cans of beer in the ring. Last week it emerged he has quit alcohol and it prompted such a reaction that the iconic wrestler has been forced to come clean.

And after breaking his silence on the matter, Austin revealed the real reason behind his detachment from beer – insisting it is only a temporary measure as he attempts to cut weight.

“To answer the question, to put all of the rumours to rest, and I’d hate to even go down this road,” said the 53-year-old, speaking on his official Steve Austin Podcast.

“Everybody started spreading the word, my phone started ringing off the hook, people were texting me, people were emailing me or sending me direct messages.

“Some people were flat-out upset and heartbroken that I had stopped drinking beer. “I had many people who are recovering addicts saying, ‘Hey man, congratulations on your newfound sobriety.’ “To those people, I say thank you so much for caring about me, but that was a rumour. I’m fine, I’m on a diet. That’s why I quit.

“When you try to drop some pounds, you get down to your desired weight, you don’t level off on the calories and throw some alcohol back in there and go hog wild but that’s what we did every year down there in South Texas.”

The news may come as a relief to some WWE fans who will be hoping to see Austin open a few more cans of his famous “whoop a**” in the near future.

Austin’s last appearance inside the squared-circle was back at Raw 25 earlier this year in January when he delivered his trademark Stole Cold stunner to WWE boss Vince McMahon and his Shane McMahon in Brooklyn.