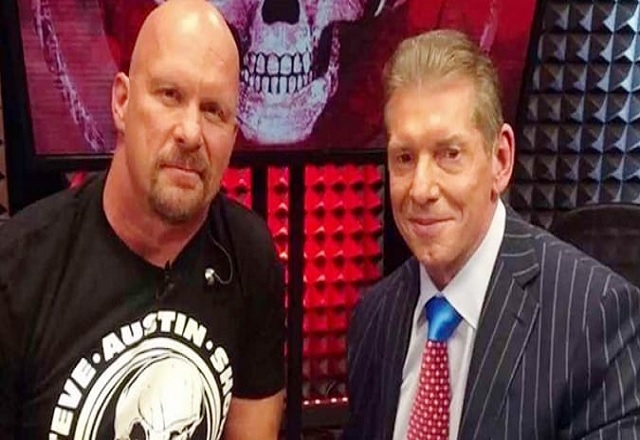 Steve Austin vs. Vince McMahon was once the most talked about feud in all of wrestling, and the two stars spent a good amount of time working together during the Attitude Era.

During Steve Austin’s run as the top star in WWE he had easy access to the Chairman of the Board, but during a recent appearance on the Wrestling Inc. Daily podcast the Texas Rattlesnake noted that times have changed.

“Vince is a super interesting guy – you should talk to him one of these days. I have so much love and respect for that guy, it’s unbelievable.

Hey, he don’t even take my phone calls! But I tell you, back when I was working on top, when I called Vince that phone didn’t ring a half time before he picked it up. Now I’ll send him a text message and I’ll get an answer back in a couple of days, so times have changed for me too, buddy.”

Austin hit Vince McMahon with the Stone Cold Stunner quite a few times over the years, and fans last saw them interact during the Raw 25th anniversary show. It’s unclear if Austin will be hitting the boss with another Stunner at some point in the future, but we’ll just have to wait and see.