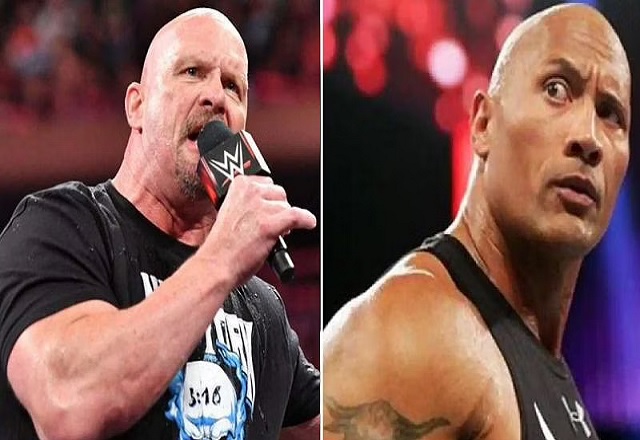 WWE Hall of Famer Steve Austin sat down with Entertainment Weekly to promote the upcoming A&E/WWE documentary Biography: Stone Cold Steve Austin. The topic turned to Austin’s match at WrestleMania 19 against The Rock, a match as notable for what happened off screen as much as on.

“That was an interesting day at the office,” Austin recalled. “I was at the gym with Kevin Nash and my reflexes were very touchy that day. We were on recumbent bicycles and my feet kept twitching. I didn’t think anything of it.

“I left Nash and went to my room on the 27th floor of the Grand Hyatt Hotel and right before the elevator opened, my heart started beating out of my chest.” Austin was in the midst of a panic attack that would force him to be taken to the hospital and put his match with The Rock in jeopardy. According to Austin, he wasn’t even cleared to leave the hospital, let alone compete.

“The bottom line was I was drinking too much alcohol and caffeine and I wasn’t getting enough rest,” Austin said. “I wasn’t cleared to leave the hospital but I left because I was going to wrestle The Rock.” The bout remains the last match Austin would ever have. To this day it remains an emotional subject for the Texas Rattlesnake.

“As you can see, I still get emotional as I’m even talking about the story and going back there. I damn near started crying in the documentary. My love for the business is so much, it’s the only thing I really wanted to do in my life for a living. Deciding to retire from that dream at 38 was extremely hard.”

If there’s one thing Austin is grateful for from the match, it’s the final gesture he received from his opponent. “Normally when somebody wins a match they stay in the ring. Rock won but because I was leaving, he let me have the ring so I could do my final farewell. He gave me that moment and it was really cool.”