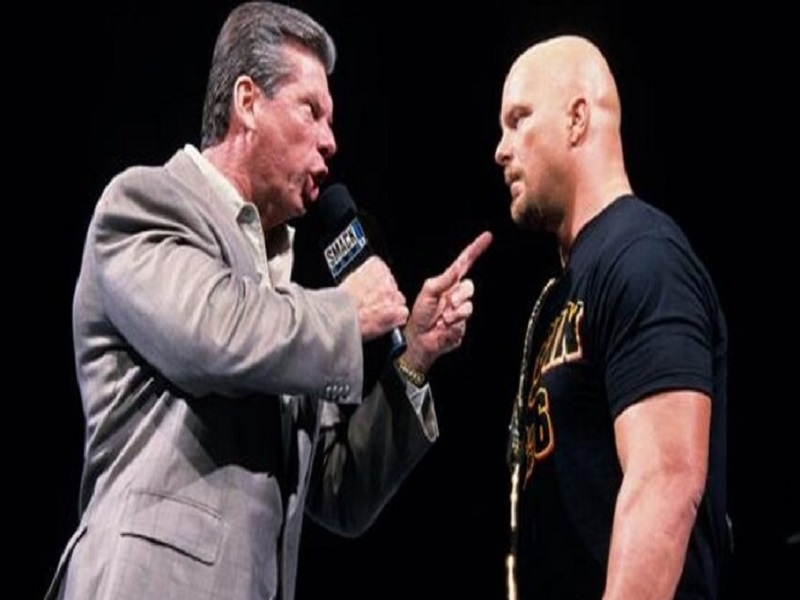 Vince McMahon and Stone Cold Steve Austin has known each other for a long time and their iconic rivalry helped WWE in winning the ratings war against WCW. However, it appears that their friendship has weakened a bit over time and they are not as close as they once were.

The Texas Rattlesnake recently had an interview with WrestlingInc where he discussed things such as the Monday Night Wars and more. Talking about the boss, Austin made the revelation that he doesn’t stay in contact with Mr. McMahon like they used to but he does reach out every now and then:

“He don’t even take my phone calls but let me tell you, back when I was working on top, when I called Vince, that phone didn’t ring a half time before he picked it up, Now I’ll send him a text message and I’ll get an answer back in a couple of days.”

Though Vince McMahon does reply to the former world champion when it’s something important. The most recent instance of it was when Stone Cold reached out to ask him about bringing Chris Jericho in for an interview on the Broken Skull Sessions.

Apart from this, the former WWE star talked about things such as how the inception of AEW is a good thing for the wrestling world and more.