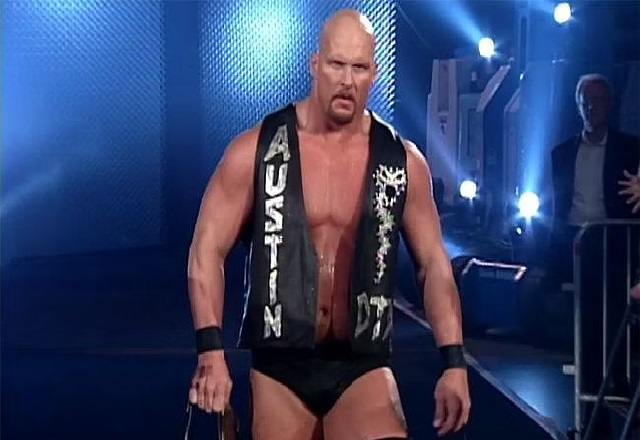 To most non-wrestling fans, there are three names you will know even if you’ve never watched the sport before – Dwayne “The Rock” Johnson, Hulk Hogan and Stone Cold Steve Austin. And rumours are swirling that after a near-20 year hiatus from the ring, Austin could be set to make a shock return to the squared circle.

If the rumours are true, the 57-year-old native Texan is scheduled to face Kevin Owens, who is 20 years younger than him, at Wrestlemania 38 in Texas on either April 2 or 3. Owens has arguably taken over the in-ring mantel of the beer-drinking hell raiser, after he started using the legendary Stone Cold Stunner as his finisher a few years ago.

And the seeds for this possible match-up were sewn this week when KO ranted on Monday Night Raw about his hatred for Stone Cold’s home town. He said: “I can’t stand Texas – I despise Texas and everything about it. . .the people of Texas are nothing more than red-neck morons.

“If America was a human body, Texas would be its arse.” This rant set the wrestling rumour-mills into overdrive, with The Mirror reporting on the words of Fightful Select, which claimed that the Texas Rattlesnake had a ring installed at his ranch in the summer, and has been training for a comeback ever since.

But it isn’t Steve Austin’s first comeback after a long hiatus away. On June 10, 2002, the wrestling world went into meltdown when Stone Cold Steve Austin, then at the top of his game, turned up to a live broadcast of Monday Night Raw and found out that he was due to lose against the now-beast that is Brock Lesnar.