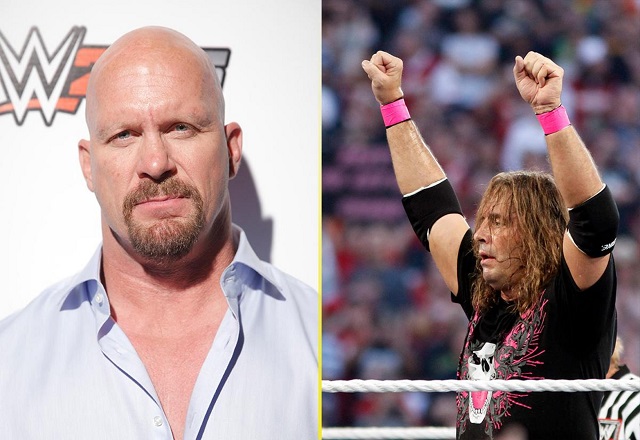 Stone Cold Steve Austin and Bret Hart perfected the double turn at WrestleMania 13. Since then, quite a few rivalries have mimicked their formula!

Wrestling fans always bring up the classic match between Bret Hart and Steve Austin at WrestleMania 13. One reason for that match living on in infamy was how it perfected the double turn.

Any match or feud that can change both characters from face to heel and vice versa is delivering a lot of layered storytelling.The memory of the Steve Austin vs Bret Hart double turn will likely always remain the best of its kind. Both characters were witnessing changes with the audience cheering Austin’s rebellious nature and having a polarizing reaction to Hart’s general good guy act.

The double turn worked as Bret showed poor sportsmanship attacking Austin after winning the match. Austin having some sympathy from the audience and never giving up led to his face turn creating record-breaking success for WWE. Bret went on to have arguably the greatest run of his career with the Hart Foundation faction as heels in the United States.

Related Topics:Hart Foundation faction as heels in the United States.Stone Cold Vs Bret HartThe double turn worked as Bret
Up Next