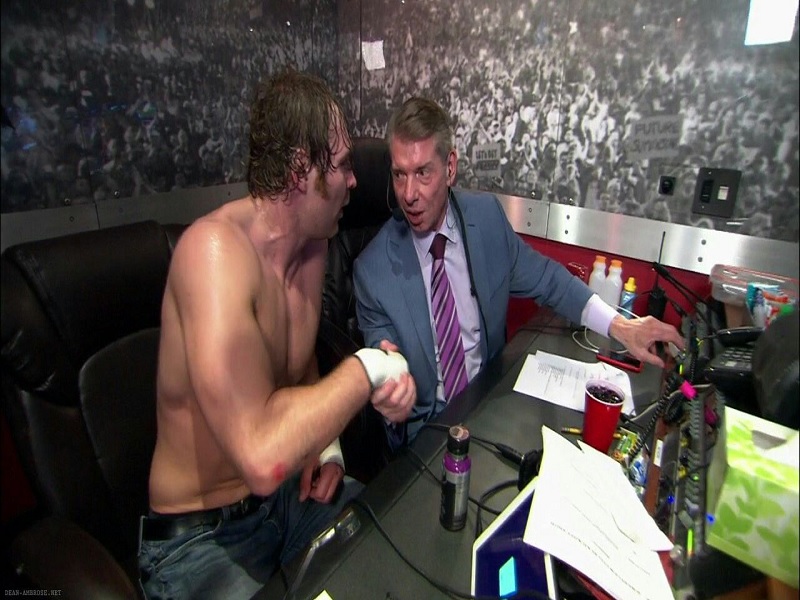 Although some fans (in the literal sense of the word) of AEW don’t want to see it, Jon moxley is offering a fighting level in his new house, at the moment, lower than that shown during his time in WWE.

But evidently, this was never the true strength of the current AEW World Champion, nor did such lack cause his departure from the house run by Vince McMahon.

A relationship with the boss who, according to his statements made shortly after signing with the Elite, was not hostile, but he did not look too cordial either. This counted «Mox» about communicating with Mr. McMahon last July.

«I came into contact with him out of necessity, because he was fed up with my situation. But it’s actually very easy to talk to him. He likes to talk things out, have conversations and that kind of thing. Although in many cases we did not have the same opinion, we were not on the same page, you know what I mean? But even then I knew we didn’t have any personal problems or anything like that. We just spoke in different languages ​​[…] »

However Under a recent interview with PWInsider, Moxley changes quite a bit of discourse regarding Vince, when comparing him to Tony khan.

«Tony is a very good guy. I think he’s friends with almost the entire cast. A very easy-going and approachable person, and not in a bad way. Many people may surprise you that they want to be there with the wrestlers and hang out with them. They think he’s going to be one of those too nice guys. But not at all. I mean, right now he’s working on statistics for the NFL draft and doing things from that other business.

What I mean is that he’s a very smart guy. He grew up in a family that has an empire. So you have a lot of business instinct. He’s a business expert, but also an incredible fan of wrestling.

Hulk Hogan Opens Up About Always Being In Pains