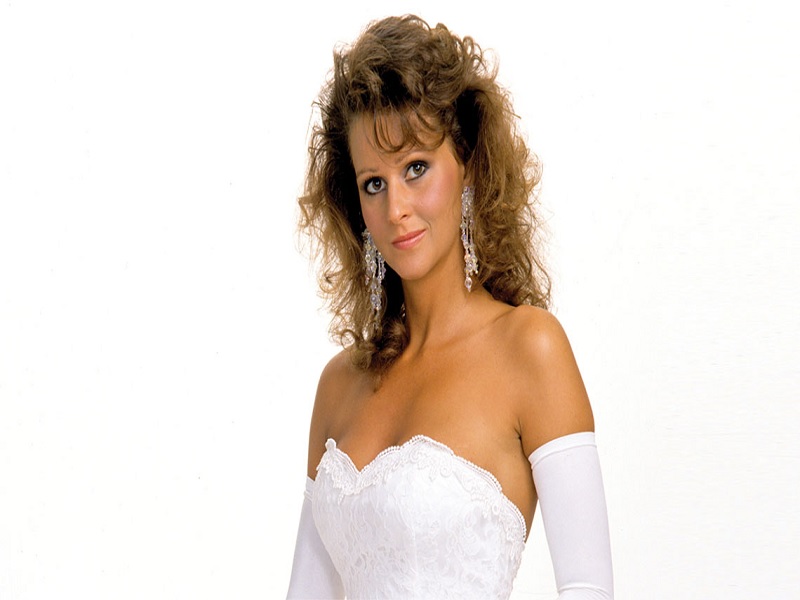 The world of sports entertainment provides us with treasured memories and an escape from everyday stress. That doesn’t mean its stars – like Miss Elizabeth – are immune from troubles of their own.

On July 30th, 1985, a sequined shadow was cast across the WWE. The managers of the time were in contention to offer their services to one of the biggest stars in the company, Macho Man Randy Savage (AKA Randall Poffo).

When he announced his choice, an unknown woman made her way to the ring who was so beautiful, Bruno Sammartino remarked that she must be “some sort of movie star”. Miss Elizabeth had arrived.

She was beautiful. She was desired. She was 42 years old when she died.

Her role as Macho Man’s manager was the formal introduction of Elizabeth Ann Hulette to the world of professional wrestling. Hulette and Poffo had met years before on the independent circuit and were married in December 1984, but this wouldn’t be acknowledged until the infamous “Match Made in Heaven” kayfabe wedding in 1991 at Madison Square Garden.

Hulette’s soft-spoken demeanor was an unconventional – but successful – balance to Macho Man’s larger than life personality.

No other woman in WWE history would be more polarizing than the self-proclaimed, “First Lady of Wrestling.”

During her career in WWE that ran from 1985 to 1992, Miss Elizabeth was the catalyst for feuds between Macho Man and George “The Animal” Steele, The Honky Tonk Man, Ric Flair, and most notably, Hulk Hogan.

Hulette and Poffo divorced in 1992 and other than a brief mention in WWF Magazine the dissolution was never featured as an angle in any of Savage’s future matches.

A brief stint in WCW saw Miss Elizabeth aligning with such powerful factions as The Four Horseman, the New World Order, and the short-lived Team Package (Ric Flair and Lex Luger).

It was during this time she and Luger began a relationship which continued after they both left the company in 2000.

This toxic romance (which included at least one domestic violence incident) would ultimately lead to her death.

The Autopsy of Miss Elizabeth

Some time during the late evening of April 30th, 2003, Hulette stopped breathing. Luger dialed 911 and she was rushed to a nearby hospital in Marietta, Georgia where she was pronounced dead the next day.

The official cause of death was listed as a mixture of painkillers, nausea medication, tranquilizers, and alcohol.

Her blood alcohol level was recorded as 0.29. A BAC at or above 0.08 is legally impaired and anything above 0.25 is considered alcohol poisoning.

A search of their home led to Luger’s arrest on 13 counts of felony drug possession after police discovered steroids, synthetic growth hormones, testosterone, oxycotin, and xanax.

He pled guilty to all charges and was subsequently fined, ordered to undergo periodic drug testing, and placed on five years probation.

Luger was never charged in connection with Hulette’s death which was ultimately ruled “accidental”.

Despite still being prominently featured in promotional packages as well as having an active profile on WWE.com, Miss Elizabeth is not a member of the company’s Hall of Fame.

She won a Slammy Award in 1987 for “Woman of the Year” and has appeared as a non-playable character in the WWE 2K14 and 2K16 video games. The circumstances of her death have undoubtedly played a part in this noticeable – and unfortunate – absence.