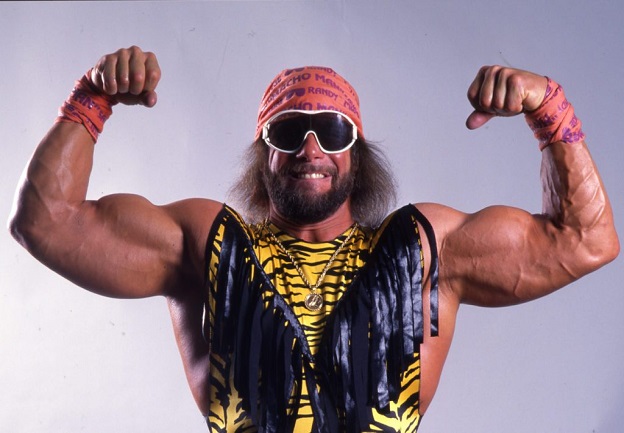 From the driver’s seat of his 2009 Jeep Wrangler, just before the turn off Florida State Road 694 into the Seminole Mall.

Randy “Macho Man” Savage stared through the windshield at the sun-washed commercial strip and sensed that something bad was about to occur.

“I think I’m going to pass out,” he muttered to his wife, Lynn, in the characteristic rasp wrestling fans knew from his promos, building up matches with Hulk Hogan, “Nature Boy” Ric Flair and Ricky “The Dragon” Steamboat.

To his wife, this was nothing new. Randy seemed older than his 58 years; his body ached constantly, from decades of crashing into the mat while delivering his finisher, the flying elbow, from the top rope, among other physical stresses.

Perhaps, Lynn suggested, he just needed to eat. So the two went to a Perkins Family Restaurant, where Randy ordered his usual, an egg white vegetable omelet. Still, Lynn wasn’t convinced that he was better.

Randy shook his head. After decades of piloting a colorful but controversial career, and a lifestyle that shielded him from suspicious sycophants and unwanted intrusions, he didn’t give up the wheel.

And so, they returned to their previous positions in the jeep. At around 9:25 a.m., they were just west of 113th Street North in the city of Seminole, on a four-lane road, passing the traffic light by Regions Bank, when Randy suddenly lost consciousness.

With his foot clamped down on the accelerator, the jeep crossed the raised concrete median into eastbound traffic.

Lynn frantically looked at Randy, then out the front window at the motorcycle and bus moving in their direction.

Reaching over her husband’s limbs with her long arms, the woman, who first met the Macho Man when he was a catcher with the Gulf Coast League’s Sarasota Cardinals, swerved to avoid the other vehicles, deliberately slamming the jeep into a tree across from a Publix Super Market and animal hospital.

The impact was so slight that the airbags didn’t activate. Lynn, 56, sustained minor injuries. Randy was pronounced dead at Largo Medical Center.

Since that day,  May 20, 2011, the real-life Randy Mario Poffo has been depicted as a recluse at the end of his life, a former celebrity who let his beard grow white, kept a registered gun in his glove compartment, and sequestered himself in a home surrounded by security fences and patrolled by guard dogs.

But his family says that he was always accessible to them and spent his final months contemplating his legacy—personally, professionally and financially—and making up for time lost to fame.

“When Ang left the business,” says Randy’s 86-year-old mother, Judy, of her husband, Angelo Poffo, a wrestler who once worked under a yellow mask with a dollar sign as The Miser, “he’d never developed any hobbies, except going to the gym twice a day and watching the stock market.

There was all this energy and no place to put it. Randy was different. He worked on his house, he was busy with his animals, he married again, and he took us to our doctor’s appointments—things he missed all those years when he was wrestling.”

Randy lived near his mother’s development in Largo, Fla., down a bumpy, palm-shaded dirt road.

Within the perimeter of the non-climbable fence, two dogs patrolled the acre-and-a-half surrounding his dark wooden home, built in a style more representative of the Old West than the modern Gulf Coast.

On the brick pillars on each side of the front gate, cameras surveilled possible visitors. “You needed an engraved invitation to get in there,” notes Judy. “Tired of people, I guess.”

“Randy used to own a condo on the beach,” points out his brother, Lanny, another wrestler who worked, alternatively, as “Leaping” Lanny Poffo and The Genius.

“But he couldn’t go out on the balcony without 1,000 people screaming, ‘Macho Man.’ He needed quiet.”

Ten days before his death, the family gathered on Randy’s property for Mother’s Day. Before their arrival, Randy called his mother with an unusual request:

the ashes of his dog, Hercules, a German shepherd from a litter owned by the late wrestler, Hercules Hernandez. Judy brought the ashes to Randy’s home in an urn.

The Macho Man marched the family to a designated spot and asked his brother to pour the animal’s remains.