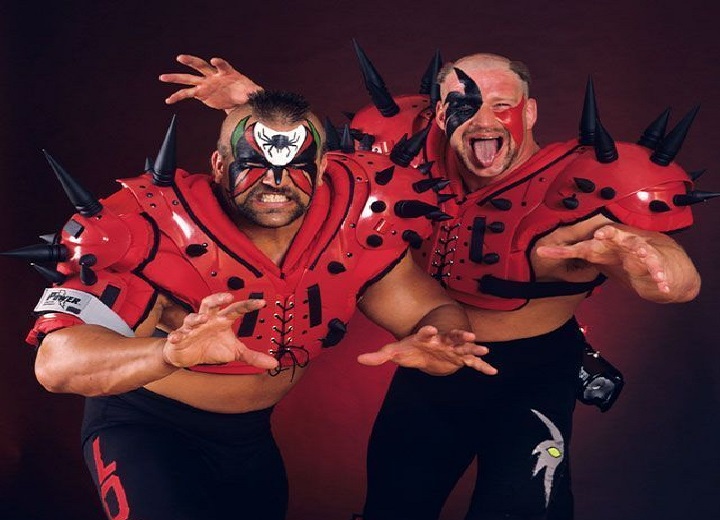 While talking about WWE’s tag team division during an interview with Hannibal TV, WWE Hall Of Famer Road Warrior Animal said The Ascension needs to quit ripping off The Road Warriors.

Here is what Animal had to say.

“I don’t mind Big Cass, the guy that does the New York gimmick. They’re pretty good and kinda funny. They need to learn how to wrestle first. Everybody asks me about the new guys that Paul Ellering’s with.

Really great teacher, that’s all I’m gonna say. They got a lot of polishing up to do before they even think about going up to WWE, and the WWE knows that and that’s why they’re not there. The Ascension needs to quit trying to be the Road Warriors.

I don’t care what the office would say, I’d say look man that ain’t right. The Road Warriors are in a league of their own, why can’t we talk about it? They need to let it go.”

“I think they’re doing that because – they’re doing a lot more in the UK. I think the UK attendance is way better in the US from what I hear. I got a lot of buddies – I go to the UK a lot so I hear about it all the time.

A lot of times it’s not believable that the little guys at 200 pounds can beat the big guys. It’s not. There’s very few Daniel Bryan’s in this world. He was a freak in our business. Very few Rey Mysterio’s in this world. The people that believe that.

But you have to be able to perform to believe that. I think it’s a good class for small guys to do things and we’ll see how it goes. It may last for a while or it may just be a short-term thing.”