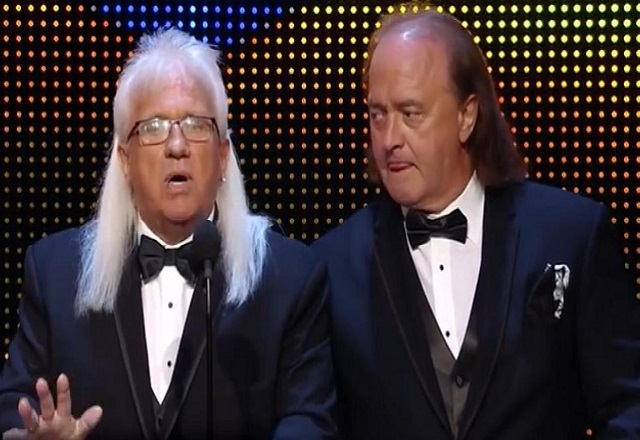 Wrestling’s Rock ‘n‘ Roll Express tag team is here to stay: the team of Ricky Morton and Robert Gibson changed tag team wrestling in the United States forever, with their innovative tag team chemistry and being the “spot monkeys” of the US territorial days in the early 1980s.

The duo began teaming together in Memphis in the early 1980s, followed by Universal Wrestling Federation, followed by a stint with Jim Crockett Promotions.

WHAT’s UP: FTR recently sat down with WrestleTalk ahead of their title defense at AEW Full Gear. Dax Harwood and Cash Wheeler talk about their desire to wrestle tag team legends The Rock ‘n’ Roll Express.

Back on the August 12th episode of AEW Dynamite, the AEW Tag Team Champions had a segment with the legendary team. During the segment, FTR shocked everyone by hitting a spike piledriver on Ricky Morton.

There could be backlash from the internet saying these guys are, because of COVID, maybe they’re more suseptible to the virus. There is backlash and there is reasons why he isn’t doing it yet.

Harwood continued by noting that for whatever reason, but people feel a certain way for Morton just like they do.

You know, just the Spike Piledriver rose our stock so much more than a year of having great matches, and that would just help us so much if we can ever get that done.”