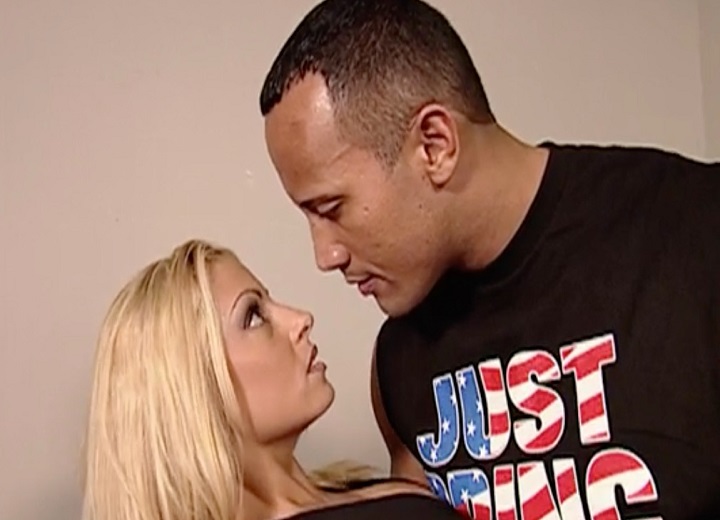 Trish Stratus is rightly regarded as one of the most important women in the history of the WWE. The Rock has since sent a special birthday gift to Patricia Anne Stratigeas better known as Trish Stratus on this special day in her life as she turns 45.

After retiring in 2006, the seven-time women’s champion made several sporadic appearances, but she officially made an official one-on-one in-ring return against Charlotte Flair at SummerSlam, a few years ago.

The 45-year-old surpassed all expectations with the battle she put on with Flair and she has now gracefully headed back into retirement.

Thank you so much for the birthday love @FarmBoy!! Look at all these goodies!! Since I won’t be celebrating with any guests – more for me!! And excuse me, chocolate truffle hot chocolate – yes. Thanks again!! Merry Trishmas!! ❤️ pic.twitter.com/aB2RoVNpws

Ahead of her WWE return, thanks to our friends at Wrestling Travel, we caught up with Stratus and she had plenty to say.

“It makes me want to come back and fight them all (laughs). It’s humbling for sure and gratifying because the blood, sweat and tears you put in along the way have made an impact, which is all you can really do when you choose a career path, is hope to make an impression and have people be influenced by your work.”

On who her influences were upon starting a career in wrestling

“Well here’s the crazy thing, is there were no female wrestlers to look up to. There was no women’s division or anything for me to connect and resonate with, like ‘I could be that one day’.

Sending the best wishes to the WWE Universe this holiday season, and a very Happy New Year! Bank on it! #WWEHoliday pic.twitter.com/RaZ5FiQLyu

But from a wrestling perspective, The Rock, for me, was always the perfect balance of Sports Entertainment, he brought both ends perfectly and I was lucky to have him as a very good friend and he mentored me along the way.

I’ll never forget the day he said to me, ‘You could be the female Rock’. So a lot of what I did was influenced by his work and his words, so I definitely have him to thank for a lot of my career moves.”

“I was never a typical ‘sexy girl’, like I know I played the bombshell but I’m definitely not a bombshell, so that was always a stretch for me, but as a performer and a professional I did that.

And some of the stuff, we understood the narrative and the environment of the time and a lot of what we did, we knew what it meant, what the turning point would be and what the payoff was, which was always important to keep in mind.

What the fans expected at the time was, it was part of the entertainment of the time so I feel like we had to go through all that to get to where we are today.”

On being the first woman to headline RAW, with Lita

“It felt legit. It felt so important and was a huge boost of confidence knowing that the work we’d put in had made people sit up and take notice.

Thank you so much for the birthday love @FarmBoy!! Look at all these goodies!! Since I won’t be celebrating with any guests – more for me!! And excuse me, chocolate truffle hot chocolate – yes. Thanks again!! Merry Trishmas!! ❤️ pic.twitter.com/aB2RoVNpws

It was important for us to nail it and prove to people that we were deserving of the spot. That day was a very special day for me.”

The Rock has since sent a birthday wish to Trish Stratus on this special day in her life.