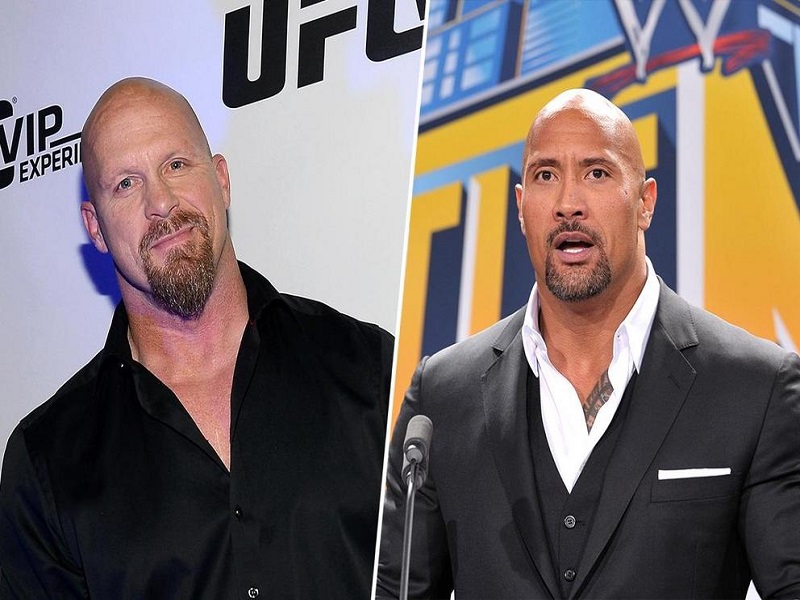 Stone Cold’ Steve Austin and The Rock names that has force in the wrestling industry. When talking about wrestlers, the two names must be mentioned. While The Rock has gone onto become a Hollywood action hero, his former on-screen rival keeps fans delighted with his Straight Up Steve Austin and Broken Skull Sessions series.

Seeing Stone Cold sat across from his contemporary to discuss their storied careers would make for fantastic television, but sadly Dwayne – or perhaps just his team – haven’t found time in his hectic schedule yet. Speaking to Bleacher Report, Austin said: ‘We’ve extended an offer on Broken Skull Sessions, we’ve extended an invite to Straight Up Steve Austin on multiple occasions.

‘Like you just said, he’s one of the busiest human beings on the planet. We have a past and a shared brotherhood and a chemistry from all of our memories working in the ring with each other. Maybe one day, hopefully. I would love for that to happen.’ However, Stone Cold has been quick to point out he’s not trying to ‘put pressure’ on The Rock in the hopes of landing the dream interview.

He told Fox Sports’ Ryan Satin: ‘I just will say we’ve extended the invite from way back. So, we’d love to have him. Everybody knows he’s super busy. ‘But, yeah, we’d love to have him as well. And that’s not throwing that out there to put pressure on him, because I know he’s busy! But, yes, we have asked … We’ll see.’

Meanwhile, Austin has also commented on his current career, and hw he has no plans to return to the ring. ‘It’s great to be known for something other than wrestling and I’m proud of my wrestling career, but as I’ve said many, many times, I’ve moved on from that and have left some lasting memories on so many people who supported me for so long,’ he added to BR.

‘They got to live vicariously through those story-lines, but it’s 2021 right now and that’s where I’m living and that’s where my head’s at. ‘I appreciate the memories, but yeah, I’m super-stoked [some people] know me more from my recent stuff.’