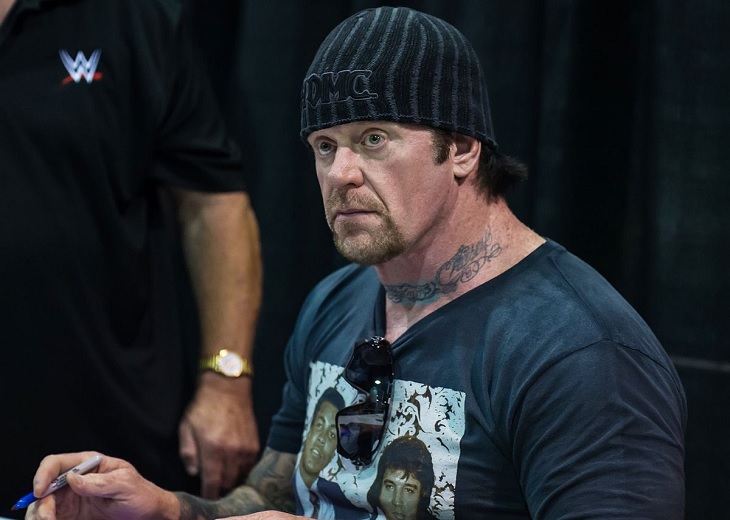 The Undertaker admits he is struggling to enjoy WWE as a fan. The Deadman claims that the product has become kinda soft.

For years now fans have complained that the WWE isn’t what is used to be. There was once a time when the Rock and Stone Cold lit the world up with nothing more than punches and kicks.

Today, despite having much more athletic and talented wrestlers, the WWE have failed to recreate the magic. You can now add WWE legend the Undertaker to the list of fans disappointed with the product on display today.

The recently retired wrestler brutally assessed the show during his appearance on Joe Rogan’s podcast.

He claimed that the show had gone soft. While the product looked much prettier today than it did years before, it did not have enough substance to it.

The Undertaker admits he is struggling to enjoy WWE as a fan
“I’ll probably pi** a lot of people off, but they need to hear it. There’s too much pretty and not enough substance.” said The Undertaker.

Perhaps what the Undertaker is trying to talk about is the lack of interesting storylines. A good work rate is always a good thing to boast of.

However, at the end of the day, a 5 star match is merely a bonus. The most important thing is to give the fans a reason to care about why two people are fighting in the first place.

The Undertaker has been known as Vince’s guy for years. It is therefore surprising but refreshing to see him being so open and forthcoming about the shortcomings of the show. Hopefully Vince pays heed to Taker’s criticism and works on it.

Tony Khan sends veteran back to WWE for a big deal

Steve Austin: ”I was a slave to the road”