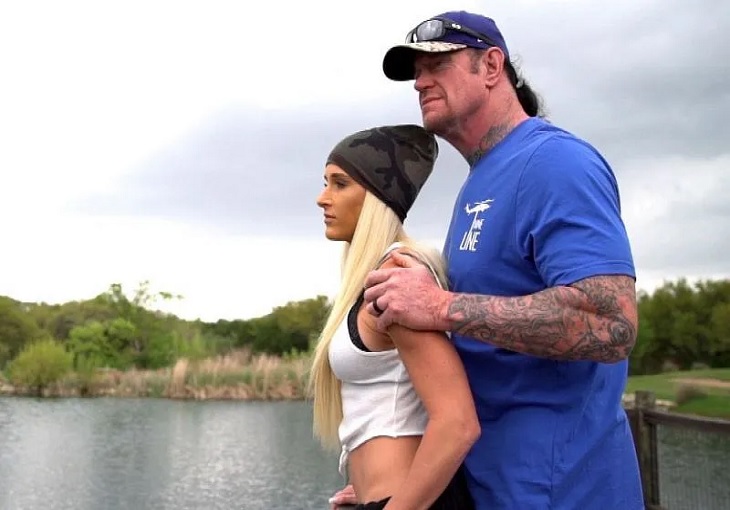 The life of a Professional Wrestler isn’t really the most ideal as these people have to perform almost every day of the week because of the hectic schedule the top wrestling promotion in the world commands.

On top of that, they have to train to keep themselves fit and constantly travel to make the shows on time which leaves them with little to no time to socialize with their friends or loved ones outside the wrestling circuit.

Many of the wrestlers tend to get frustrated because of their hectic schedule and inability to mingle with their friends or loved ones and end up making close friendships with those who are around them in wrestling.

Some of these wrestlers get a bit too intimate with their counterparts and despite being married in their real life, they end up having affairs with their colleagues as this has been happening in a company like WWE for many years now.

The Undertaker was an admirably loyal wrestler for the WWE in his 25+ year reign in the company where he created many legendary memories along the way, but his personal life wasn’t as sweet as his professional one.

While he put others to sleep in the WWE, his first marriage wasn’t the most stable before he seemingly found his soul mate in Sara Frank.

He even had her name inked on his neck region and they seemed to be a happy family, but then their marriage was rocked when it was discovered that The Undertaker was cheating.

The Deadman had become romantically involved with WWE diva Michelle McCool and cheated on his wife with his co-worker, which caused Sara to divorce him after she found out.

His cheating was quite obvious when he quickly married McCool after splitting with Sara and he doesn’t seem to regret it either.