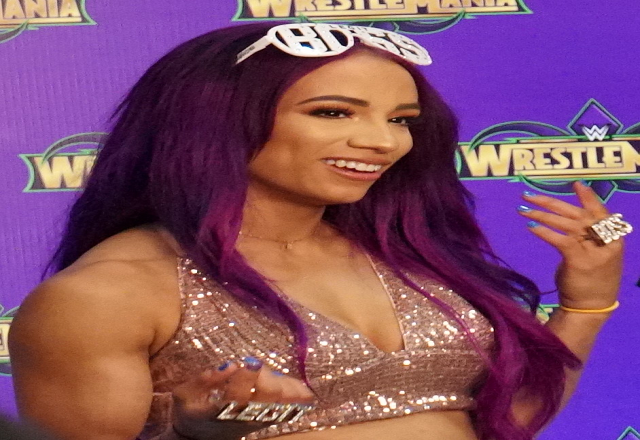 Sasha Banks does not shy away from cheering herself on. Whether it is for her appearance in a movie or a WWE belt over her shoulders, she makes her fans aware of how proud she is of herself.

The Boss took to Twitter to express her feelings about being a rising star in the entertainment industry and the top star in the wrestling business. As per her opinion, there is absolutely nothing she cannot achieve. She is already on the hunt for the ‘Next Big Thing’ to add to her list.

It is not uncommon for pro-wrestlers to try their hand at acting. The best example for this is Dwayne “The Rock” Johnson, who retired from wrestling to make his acting debut. Today, he is one of the highest paid actors in Hollywood.

Banks emerged as the WWE SmackDown Women’s Champion after defeating Bayley at Hell in a Cell. Now, she is focusing on defending the title against Asuka, WWE Raw Women’s Champion, at Survivor Series 2020.

The storyline between Bayley and her was one of the most interesting ones in recent times. Truth be told, The Krew (Sasha Banks’ fan base) was waiting in anticipation for The Boss to win the WWE Women’s SmackDown title.

Sasha Banks to be the Next Megastar of WWE

Sasha Banks is a major name on the WWE roster. She has showcased her talents every time that she stepped inside the ring. Outside the ring, she has handled all interviews, promotions, and sessions professionally with charisma. Banks’ ‘The Boss’ character helps her stand out in the crowd.

An interesting point to note here is that Mercedes Varnado, the actual name behind Sasha Banks, is a completely unique personality. She is shy, likes anime, and refers to herself as a nerd.

Another fact about Sasha Banks is that she is rap legend Snopp Dogg’s first cousin. He was there with her when she entered the ring at WrestleMania 32.

Undoubtedly, Banks has made a name for herself in the wrestling industry. However, she is yet to unlock her full potential even after all the achievements on her list.

Most believe that she will be the next megastar of WWE. She possesses all the qualities necessary to make this a reality.

Related Topics:Sasha Banks
Up Next