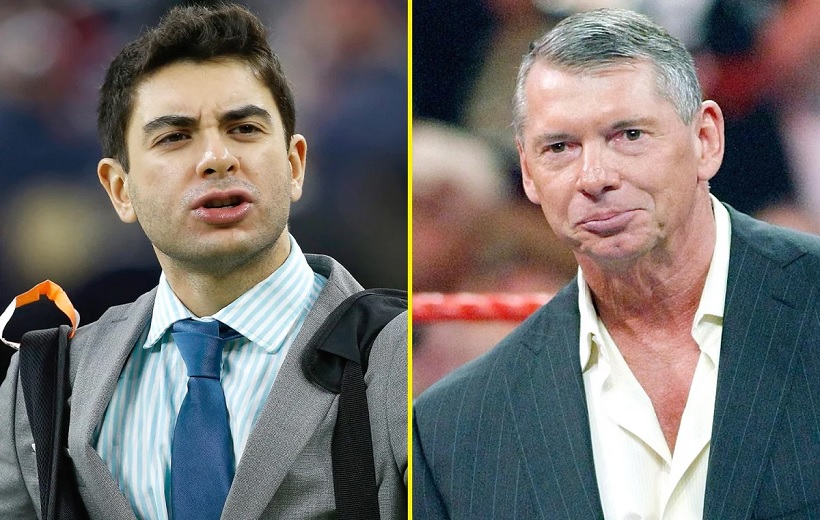 On the latest edition of AEW Unrestricted, Tony Schiavone shared a host of previously unknown details about the talks he had with WWE before signing up with AEW.

Tony Schiavone was in contact with WWE and AEW for some time, and he had some big decisions to make.

However, the former WCW announcer didn’t tell WWE about Tony Khan’s intentions of getting him on board.

“During this time, WWE kept talking to me, and I never told WWE that Tony Khan had an interest in me.

I was just listening to what they had to say. So, they would call me, and they would say, ‘We don’t have our ducks in a row yet; we’ll be back in touch with you.'”

According to Bruce Prichard, Vince McMahon wanted Schiavone to return and end his career in the WWE. Schiavone was open to the idea and asked WWE to make him an offer.

When WWE asked him how much money he needed to come back, Schiavone admitted to quoting a high price. Schiavone worked for the WWE in 1989 before joining WCW.

“Bruce called and said that Vince is very much interested; he wants you to come here and end your career.

I hyped through the ball way up in the air on that one. And they said, ‘Okay, we’ll be back in touch with you.'”

Schiavone went on to have a long meeting with Tony Khan, and he knew that AEW was the ideal destination for him after spending a day with the AEW President.

“Meanwhile, I go down to talk to Tony Khan, and I met with Tony, it was an all-day meeting at the stadium, and I knew immediately I wanted to work there.

“I knew I wanted to work there (AEW), but I was going to listen to what the WWE had to say: Tony Schiavone

Schiavone played it smart by listening to both sides, and he told Tony Khan about WWE’s offer.

The AEW Boss outrightly told Schiavone to go to WWE if Vince McMahon offered him a million dollars.

Schiavone was honest with Khan and said that he would accept WWE’s offer if the money were right.

“I didn’t play two sides against the middle; I didn’t. So, I was just waiting and waiting to hear, and Tony offered me something phenomenal.

And I knew I wanted to work there, but I was going to listen to what the WWE had to say.

I was not one to call the WWE and say, ‘Listen, Tony Khan has offered me this,’ or go to Tony and I did tell Tony that I heard from the WWE and Tony says, ‘Well, if they offer you a million dollars, take it.

‘ I said, ‘Don’t worry, I will.’ Lois told me, ‘It doesn’t matter what they offer, don’t take it.’ So, anyway, she has a bad feeling about them.”
However, WWE would inform Schiavone after SummerSlam that they didn’t have any vacant positions for him.

“The week of SummerSlam, they contacted me, and this was now, I was talking to one of the HR ladies. We will be back in touch with you right after SummerSlam.

So the Monday after SummerSlam, I get a call first thing in the morning, and the late from the WWE says, ‘Thank you for your interest, Mr. Schiavone, we have nothing for you.’ And I went, ‘Uh, you guys contacted me.'”

Tony Schiavone accepted Khan’s offer and the rest, as they say, is history.

The Undertaker reveals his struggle after retirement