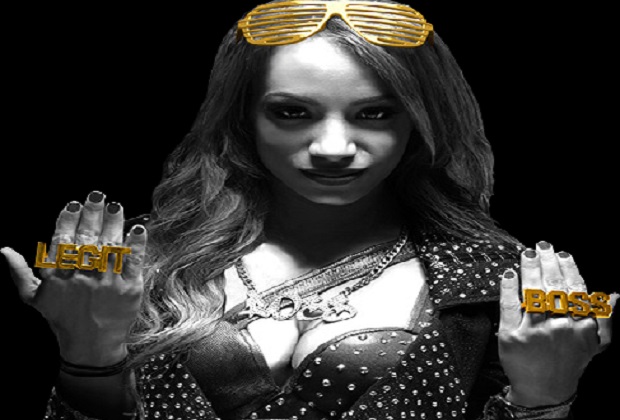 At the Royal Rumble, Charlotte successfully defended her Divas Championship against Becky Lynch in one of the best main roster female feuds in recent memory. After the match during her celebrations, S

At the Royal Rumble, Charlotte successfully defended her Divas Championship against Becky Lynch in one of the best main roster female feuds in recent memory.

After the match during her celebrations, Sasha Banks entered the ring, and made her intentions clear that she wanted a shot at the title.

Not only is Sasha Banks among my personal favorites on the roster (If I had to rank, I’d say she’s third under Kevin Owens and AJ Styles), she’s also extremely accomplished already in the WWE.

She was involved in an utterly fantastic Fatal Fourway at NXT Takeover Rival where she won the NXT title, as well as a great match with Becky Lynch at Takeover: Unstoppable. In fact, every time Sasha is given time in the ring, she shows she is one of the best workers in the company.

The majority of fans know this. The chants of “WE WANT SASHA” have rung ever since she debuted on the main roster only to be mishandled with the sloppy Team BAD storylines.

But what’s so incredible about Sasha is how she can turn a crowd that love her completely against her. It speaks wonders to her heel performance when the whole crowd booed her at NXT Takeover: Respect for stealing a young Bayley fans bow and making fun of her for crying about it.

Honestly, I cannot put over Sasha Banks enough. For someone so young to be showing such natural talent already only bodes well to the future, and as much as the “divas revolution” seemed to be more of a hashtag than an actual revolution at points, it’ll be Sasha that really drives women’s matches to the respectable position they should be.

Anyway, here are incredibly hot photos of her.

This photo uploaded shows The Boss ready to exit the water and show her stylish and bikini. Sasha’s pool attire creates an image that is hard to look away from.

Her incredible conditioning and hard work to become one of the best female wrestlers in the business has the added side effect of giving her a killer body, and this photo shows that off nicely. Sasha makes it look so effortless on her part to be sexy in this image.

Sasha always has awesome costume ideas around Halloween time, and 2015 was no different when she suited up as her main rival in NXT for the year, Bayley. Posting pictures of her sporting the Marvel-themed attire Bayley wore at NXT Takeover Respect for their history-making main event match, Sasha imitates Bayley’s entrance in this double picture she uploaded to Instagram.

There’s something undeniably strange about seeing Banks wearing Bayley’s costume with such joy in her face, and it certainly makes for an interesting picture that has the added benefit of highlighting her excellently toned stomach

Before joining WWE, Sasha wrestled under her real name, Mercedes. In this photo, a young Sasha Banks still manages to exhume the same attitude ‘The Boss’ character shows off today.

If anything, it shows how well The Boss character fits her.

Years before she even spitballed character ideas around the NXT offices, she was still showing shades of the arrogant attitude that helped get her so over.

The tight black leather shorts with the fishnet certainly doesn’t hurt either, with the sexy pose showing her form of nicely.

Never one to take herself too seriously, Sasha uploads a picture of herself dressed in a snowman onesie during Christmas time, showing that you don’t need to be revealing to be sexy.

The cozy costume looks just right for snuggling up by the couch with a hot mug of cocoa to watch Monday Night Raw with.

Christmas proved to be a fun time for Sasha, as she spent the day reposting pictures of people opening up Legit Boss t-shirts and rings, and she showed a real connection with her fanbase.

Alexa Bliss said, “Absolutely! I would love to, at some point, cross over