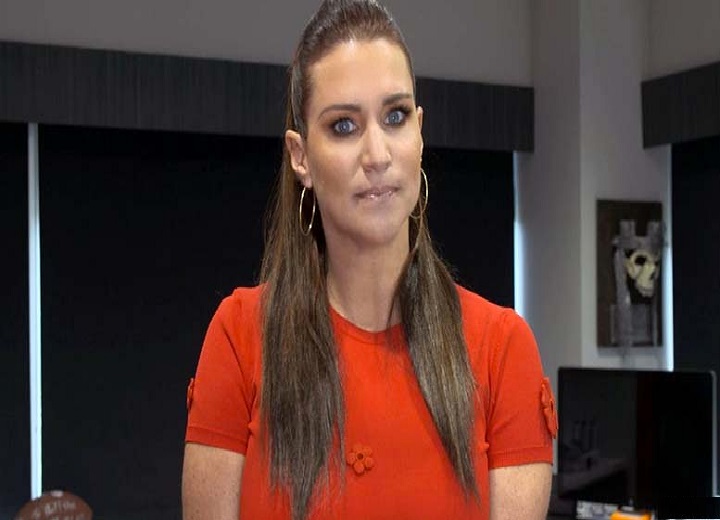 Stephanie McMahon has revealed her three favourite WWE superstars of all time does not include husband Triple H.

Hogan was picked for his iconic status, Flair for his talent and The Rock for his stardom.

Speaking on the Barstool Sports podcast, The Corp, Stephanie said: “Hulk Hogan is one of the most easily recognized icons in the world.

“He is everything because also his size, his stature, that Fu Manchu [moustache], the long blond hair. He just really is one of the first ever, I think, truly global icons.

Hulk Hogan is known to most wrestling fans around the world

“Ric Flair is arguably one of the greatest superstars ever in the history of our business from a pure talent standpoint.

“I think that even Hulk Hogan would say ‘Ric Flair has me beat’. Ric, he transcends our business in many different ways than I think Hulk Hogan does.

“And it feels like I’m maybe not picking one over the other but I’m picking each one for different [reasons].

“I think The Rock, especially because with all the different platforms that exist today, I think Rock has, he’s probably the number one most easily recognised WWE superstar of all time.

“And not only is he a successful actor, he also runs Seven Bucks Studios, he’s an entrepreneur, he’s an executive, he’s a philanthropist.”

Dwayne ‘The Rock’ Johnson is a huge star in Hollywood

It seems harsh to leave Triple H, a 14-time world champion, out of the conversation when talking about the WWE’s all-time greats.

The Game recently revealed in an exclusive interview with talkSPORT how one-on-one WrestleMania matches with The Rock fell through in 2000 and 2016.

The pair had a great feud in the late 1990s and early 2000s, but never had a one-on-one showdown at WrestleMania.

That looked like it could change at the Show of Shows in 2016, but The Rock’s busy Hollywood schedule scuppered any plans.

Triple H told talkSPORT: “Scheduling. I don’t remember the details of it but it was one of those things that Rock and I had talked about doing to the point where we did a backstage promo [on SmackDown] where it was like, ‘let’s throw a seed out here and see what happens’.

“And we did and it blew up and we talked about it some more and then scheduling just got in the way. It really wasn’t until much later. At that point, we were like over a year away from that WrestleMania.

“It wasn’t until the following year about three or four months away from WrestleMania that Rock was like, ‘Man, it’s just not going to work. I just can’t, all my stuff, my movie thing has changed and I just can’t make it work anymore.’ So, it was what it was.

“I would love to have done it, it would have been a blast to step in there with him one more time and tear it up.”