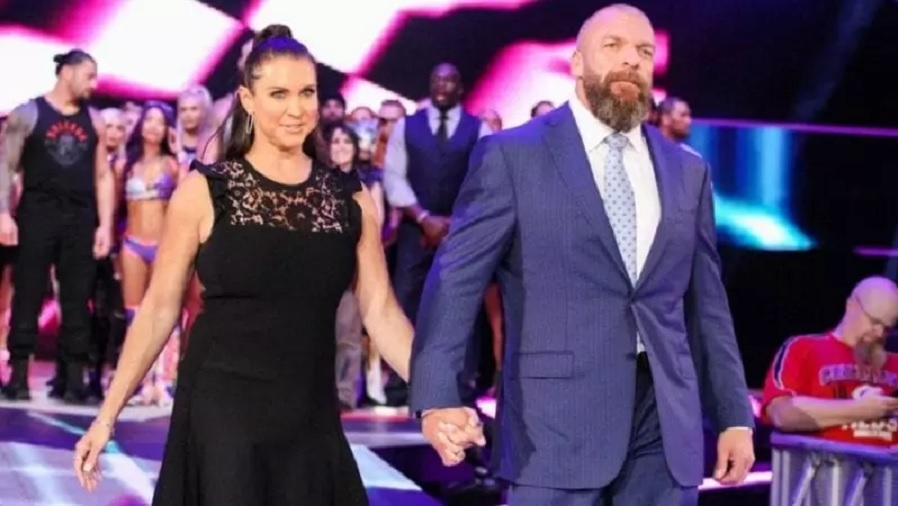 Triple H and Stephanie McMahon are arguably the biggest power couple in WWE. No two people can pull as many strings, but Triple H wonders what it would have been like for him if he never met Stephanie McMahon.

While speaking with the press, Triple H took a hypothetical journey and explored how different life would be without the Billion Dollar Princess. He always wanted to be involved in the backstage atmosphere of pro wrestling. Triple H was already working with Vince McMahon behind the scenes during the Attitude Era as well.

Everything would be different for Triple H if he never met Stephanie McMahon. He went on to say that she’s the best thing that ever happened to him.

“It’s a funny thing because long before I ever met Steph, I had a very strong fascination with the behind the scenes of the business. It’s how I started working with Vince behind the scenes, being involved with some creative years ago smack dab in the beginning of the Attitude Era.

I had never even met Steph at that point, he and I were working creatively when a bunch of writers left us and Vince was kind of doing everything solo, he kind of tagged me in to help him in a manner and riff ideas off of and bounce things off of. Then I started sitting in on production meetings and it became more and more my involvement, even for stuff that had zero to do with me, which I tended to prefer.”

I’d like to think in some manner I’d be doing the exact same thing from a behind the scenes standpoint. My relationship with Steph, it’s the best thing that’s ever happened to me from a standpoint that she’s my wife, my kids and everything else. Every aspect of my life would be different, but from a business standpoint I’d like to think I’d be doing the same thing because of the relationship that I had with Vince and the creative relationship that we had long before any of that.”