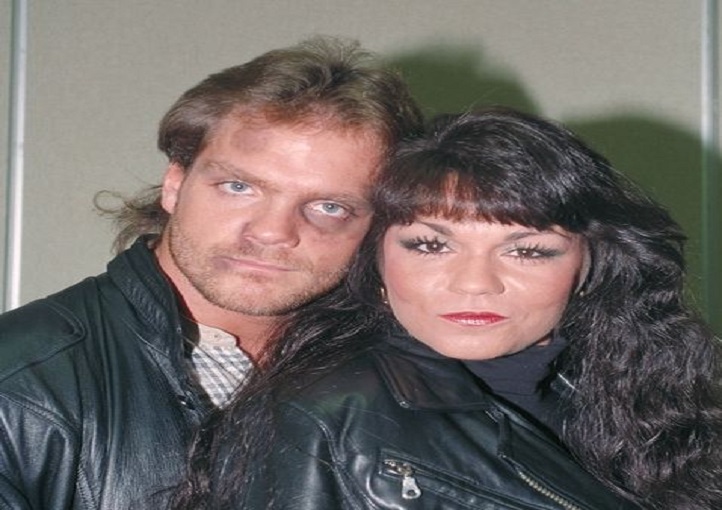 Chris Benoit will never be in the WWE Hall Of Fame due to the terrible events surrounding his death. His wife Nancy belongs in the Hall Of Fame if you ask Mick Foley.

The Mickster took to Facebook earlier today where he released a lengthy tribute to Nancy Benoit.

He opened up about his personal experiences with Nancy and shared a bit of her story through his eyes.

Foley also stated that she belongs in the WWE Hall Of Fame. He said it’s the right thing to do. We’ll have to see if that ever comes to pass.

For the past thirteen years, Nancy Benoit’s life has been largely defined in the public eye by how she died. I think it’s about time we changed that way of thinking.

Wouldn’t it be nice if we could pause for a moment to remember instead, how she lived, how she worked, and to reflect on what her legacy in pro wrestling should be?

Just a couple weeks ago, I saw that someone by the last name of Toffoloni was following me on Twitter.

Although she would later joke that in Italy, Toffoloni is like Smith in the United States, I knew this had to be Nancy’s sister, Sandra.

Sandra and I traded photos and stories, promised to meet up when this crazy virus subsides, and later that night, I found myself thinking back to the very first time time I met Nancy.

It was November 1989, in North Carolina, following an evening of WCW tapings that had seen me drop a picture perfect elbow off the ring apron on Nasty Ned Brady – after which, for the very first time, I said the words “bang bang” on camera.

It was Kevin Sullivan, along with Jim Cornette, who had come up with the ingenious idea of having me turn on every partner I teamed with, essentially allowing me to get a push without actually winning matches (a push without a push, if that makes sense) and the idea was starting to gain some traction.

So after the tapings, Sullivan was talking with me about plans for the future – plans that might involve Kevin and I becoming a team.

Nancy, married to Kevin at the time, was there for the meeting, and could not have been nicer. That was my first personal observance of her; just how nice she was.

Nice and stunningly beautiful! Nancy was a far bigger star than I was at that time – having made a memorable television metamorphosis from wide-eyed innocent Robin Greene to the sultry, glamorous Woman, manager of WWE Hall of Famer Ron Simmons and Butch Reed as the tag-team Doom.

During my six month run with the company, I was always fascinated by how the villainous onscreen bad girl was so kind and approachable in real life.