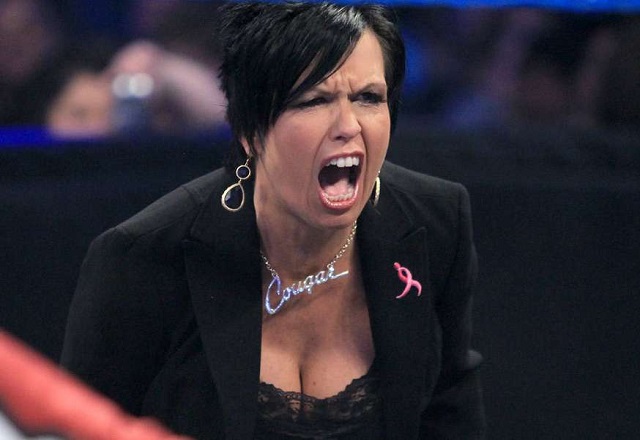 Her ‘excuse me’ line sent a chill down most people’s spines – for all the wrong reasons – but she hasn’t been in a full-time role with the company since 2014.

Guerrero even made a surprise face turn upon her departure, giving Stephanie McMahon her comeuppance after being fired.

One would assume Guerrero would’ve had a job for life in WWE if she wanted one, given how respected her husband Eddie was before his untimely passing in 2005.

Vickie Guerrero: Chris Benoit should be inducted into the WWE Hall of Famer