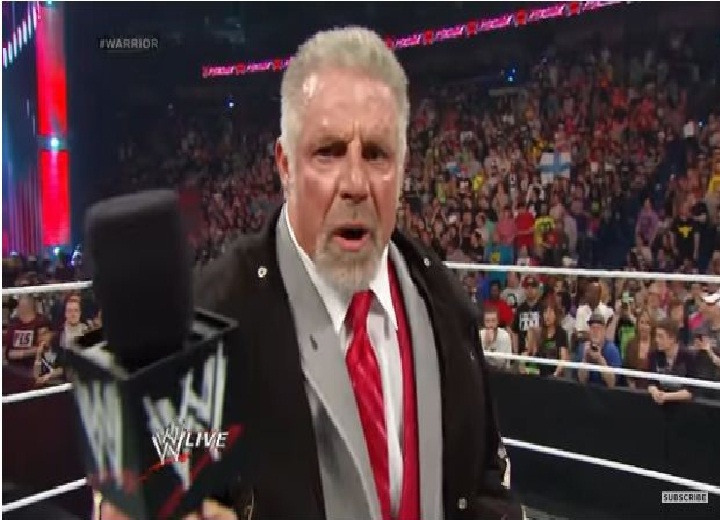 However, there were always issues between him and Vince McMahon. Between November 1992 and July 1995, Warrior was semi-retired. Warrior returned to the WWE on March 31, 1996 by defeating Hunter Hearst Helmsley at WrestleMania XII.

However, he was gone once again later that year. After having a brief run in WCW and a horrible match with Hulk Hogan at Halloween Havoc in 1998, Warrior finally returned to WWE in 2014 for the Hall of Fame.

The company decided to bring him back to put him in their Hall of Famer as well as put him in a WWE 2K14 game trailer and revealed he was in the roster as a pre-order bonus.

Warrior died on April 8, 2014 in Scottsdale, Arizona. An autopsy revealed that he died of a heart attack caused by atherosclerotic cardiovascular disease.

According to former WWE Superstar Ryback, there were plans for him to wrestle The Ultimate Warrior at WrestleMania 30 in 2014 at the Mercedes-Benz Superdome in New Orleans, Louisiana. It’s a bit difficult to think that Warrior would want wrestle at that time.

Ryback said the following on his podcast (transcript courtesy of WrestlingNews.co):

“Mark Carrano actually had showed me the WrestleMania card early. They kind of have an idea of what they wanna to do, obviously, ahead of time – and they had on it Ryback vs. Ultimate Warrior and I just said, ‘cool.’ But, in my head, at the time, it was during my heel deal, that first one, where it probably wasn’t gonna be a favorable position for me as far as all that but I was excited because I figured it was his one last moment in WWE.”

“So, I thought it would be really cool. I didn’t think I would necessarily be the right guy for that, but I didn’t know what kind of shape he was in if he could wrestle or not, but I 100 percent would have done it, because I always did everything that they asked me there.”

Ryback would go to state that he never went to get a finish changed and always played ball until the day that he left WWE. He added that he was a fan of the Warrior.

Warrior had a hip issue so he likely would not have done it. Ryback said that the match was presented to him as a real thing but you never know for sure with WWE. He ended by saying, “I would have put him over with a smile on my face.”

Warrior’s wife, Dana, took except to Ryback’s claim and took to her official Twitter account to shoot down his comments. Here is what she wrote:

Believe it or not, but we could have seen The Ultimate Warrior wrestle at WrestleMania 30.

The Ultimate Warrior was an interesting Superstar, who rose up the ranks in the WWE (WWF at the time) in the 1980’s and into the early 1990’s.

He had some classic feuds with the likes of Randy Savage and Hulk Hogan.

Stephanie McMahon opens up on Triple H making love to another girl: “I can’t stand it”