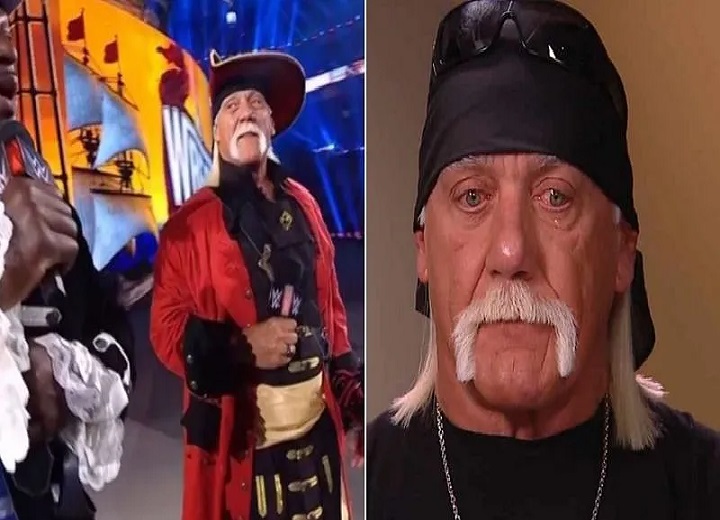 WrestleMania 37, which was hosted by Hulk Hogan and Titus O’Neil, lived up to the fans’ expectations and delivered some stellar matches. The live crowd in attendance made full use of the opportunity and were vocal about their support for all the superstars. However, one icon that did not find favor was Hulk Hogan.

The multi-time WWE Champion wasn’t just the co-host of WrestleMania 37. He was also inducted into the Hall of Fame as part of nWo as part of the Class of 2020. Hogan featured prominently in the two-night WrestleMania event.

As per the Wrestling Observer (via CSS), Hulk Hogan didn’t receive a warm welcome from the crowd on Night One. In fact, a small section of fans booed him loudly.

Wrestling Observer reported Hulk Hogan was “heavily” booed on Night One of WrestleMania 37. “It was not a large number of people but they were loud according to those there.”

On the first night of WrestleMania 37, Hogan made multiple appearances on the show. He and O’Neil first addressed the audience before the matches started. He then appeared in a backstage segment with Bayley and came up to the ramp as part of the Hall of Fame class as well.

Ahead of WrestleMania 37, Hogan told Corey Graves on After The Bell, that he hoped Drew McIntyre would defeat Bobby Lashley at the show.

Our #WrestleMania hosts brought the fashion to Night 2! 🏴‍☠️ ⚓

Hulk Hogan is an icon in WWE and has hosted WrestleMania before. It wasn’t anticipated that Hogan would get such a bad reaction from the fans, especially on the night he was being featured as a Hall of Famer.