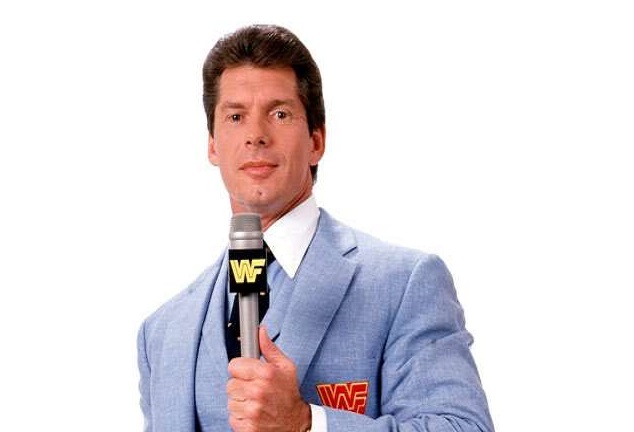 He believes he has the energy and virility to perform sexually and he has wasted no time in saying as much, severally.

Back in the early 2000s, he made a boast to the world that he was a genetic jackhammer, able to satisfy any woman’s needs. That was weird but he obviously didn’t see it from that angle.

As detailed below, the WWE CEO has admitted that he has cheated on his wife Linda McMahon, and bragged about his sexual appetite, once more.

He had storylines where he was involved with Candice Michelle, Sable, Stacy Keibler, Torrie Wilson and Trish Stratus.

Vince clearly delighted in making out with each of them and it wasn’t rare to see Vince doing the tongue tango with one of his WWE Divas.

As a matter of fact, Vince has slept with all of them including Kaitlyn, Melina Perez, Summer Rae, Kelly Kelly, Eva Torres and thingy.

Of course for some fans it’s hard to differentiate between fantasy and reality and some assumed that Vince McMahon was actually sleeping with the WWE Divas.

In an interview published in the February 2001 issue of Playboy, he admitted to having cheated on his wife, Linda McMahon, and bragged about his sexual appetite.

When asked whether he has been faithful to Linda, he responded, “Not necessarily faithful. I probably lied to myself, thinking she knew who I was when we got married. The wild guy. But I never, ever threw anything in her face. I was discreet. And Linda never suffered from a lack of attention, physical or emotional. But one day she asked me, point-blank, “Are you having an affair with so-and-so?” And I’ve never lied to her.

It crushed her. Then she asked, “What about such and such?” ”

In response to whether his affairs were at different times or concurrent, he responded, “Different times. Some were concurrent, but I didn’t think she had to know that. She didn’t ask that question or I’d have to say yes to that, too. It’s not something I’m proud of. I just didn’t realize the impact of messing with other people’s lives. Notwithstanding the impact on my wife, I’m talking about the havoc you create in other lives, just from wanting to have a good time.

There’s no such thing as an innocent fling. When a woman commits to a sexual encounter, it’s generally with a great deal of emotion. With very few exceptions, it’s not just, “Let’s have sex! Boy, that was great. okay, see you.” Women don’t do that. So I guess, maybe . . . I hurt a lot of people. The sex was terrific, but from an emotional standpoint, I regret it.”

Vince continued, “I learned about the ramifications of a sexual relationship, if you’re married. You’re touching a lot of lives, mostly negatively. You think, It was just supposed to be sexual. We were supposed to have a great time and be better off. But it’s always more complicated than that.

It can interfere with your own life, too. Having an affair, running off here and there, can take a lot of energy. It takes a lot of effort, a lot of time. The last five or six years, I’ve found that I not only appreciate my wife more, but I can get a hell of a lot more done.”

At the time of the interview, Vince said he had not not only loyal to Linda, ‘but faithful for about six years.’

He said, “Linda and I have a great marriage, and I don’t want to screw it up. I’m not saying I don’t look. I’m not saying I won’t fall off the wagon one day. I hope not, because of all the complications and because I would have to tell her if she asked me. But other than for the innate id, I don’t have a desire to go outside our relationship.”

As we speak, there are quite a huge rumour running in the WWE industry over names of female stars who have slept with WWE CEO Vince McMahon for top spot or for whatever reason. However, no female star, past or present has spoken of any affair with Vince because they don’t want to be listed among the women he has laid on his adulterous bed.

Yes, it is not implausible to think that something could have happened between a testosterone-filled Vince and one of his gaggle of WWE Divas. However, some women within the company are pointing fingers that Vince McMahon has recently slept with Becky Lynch, Alexa Bliss, Charlotte Flair, Paige, Nikki Bella and a handful of others.

Well, we all know that the professional wrestling industry is a pretty seedy and there are many a tall tale of shady goings-on.