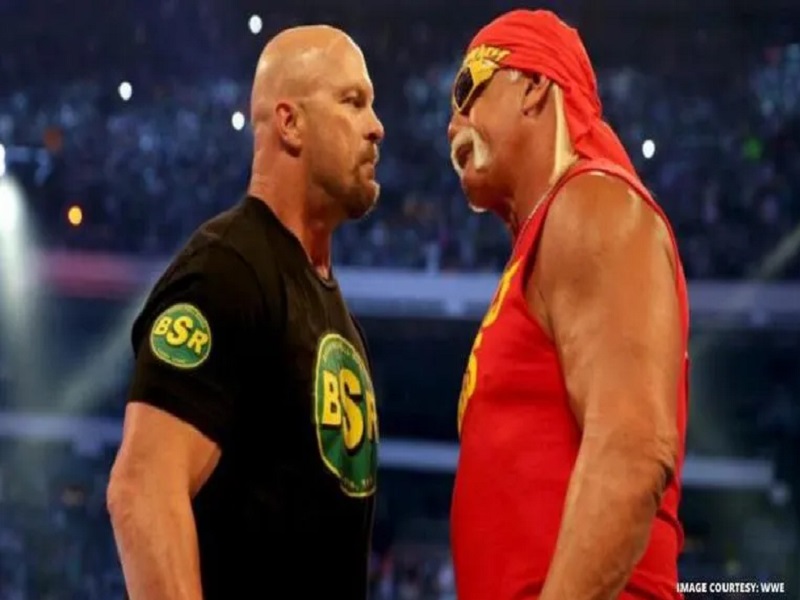 The stone cold Steve Austin vs Hulk Hogan match has been a big dream match. The wrestling fans has all anticipated it and wished it happened but it never did happened.

Report has it that Vince McMahon who is the CEO of the biggest wrestling company in the world, the WWE had planned the match so his viewers could get the big match they have dreamt of. Speaking about why the match never happened, stone cold steve Austin said:

“I gotta say, Hulk Hogan, because one of the biggest draws in the history of the business. Everybody thought that match between ‘Stone Cold’ Steve Austin and Hulk Hogan should have happened a couple of years back, and it never did. Just for whatever reason, I didn’t feel like stepping back in the ring.

It sounds like a good match on paper, but I didn’t think it would look so good once you got into the ring. I think Hogan was ready to go, but I wasn’t. And so, I never got a chance to wrestle that guy, and it would’ve been fun to be in the ring with him, because I was watching an old match on YouTube between Paul Orndorff and Hulk Hogan, and I watched how Hulk Hogan was down there on that mat, and he was selling his ass off.

Paul Orndorff was kicking the snot out of him, and then finally, finally, finally, after all this heat, started making that trademark comeback. He started firing up that comeback, the people started going crazy, and I realized that guy wasn’t born on top. He worked his tail off to get to the top. So I’d say Hulk Hogan right off jump street.”

Bruce Prichard, Vince McMahon’s right-hand man at the time, spoke about this very topic on a recent episode of Something to Wrestle. Prichard mentioned that the plan was to have Rock vs. Hogan first and then build towards Steve Austin vs. Hulk Hogan as WWE felt this was the bigger match.

“I think everyone agreed that Austin and Hulk was the bigger match that we had to get to,” Prichard revealed. “The feeling was, why not give it to [Rock and Hogan] first and then build it some more. Rock and Hogan were interchangeable in their careers.

Originally it was planned for Rock and Hulk and then eventually get to Austin and Hulk at some point, whether that be at the next WrestleMania or not. There may have been discussions where one wasn’t going to put the other over, but that was just gesturing and positioning.”