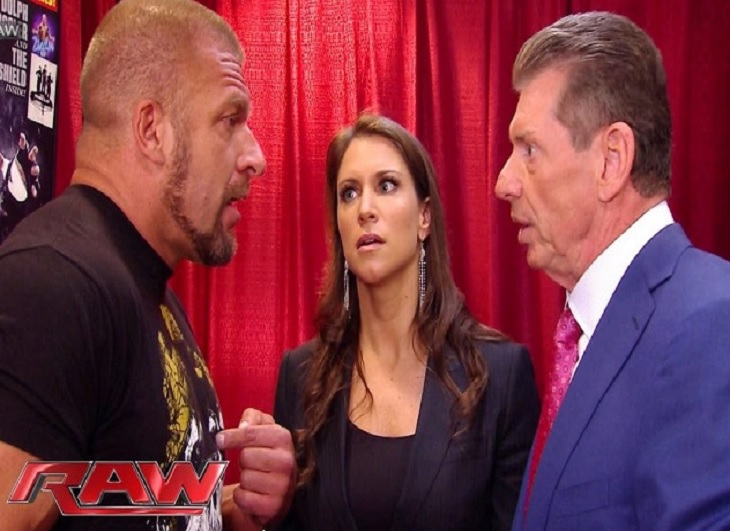 Vince McMahon once said that the service of Triple H and Stephanie McMahon would no longer be needed in the WWE company once Shane defeats The Undertaker at WrestleMania 32.

It sounded like the end for Triple H who has been at the forefront for professional wrestlers in the wrestling giant company. Just like most great individuals in the world, he began from the bottom and gradually climbed the ladder of success though with a remarkable level of difficulties.

If we want to take it from the angle where his ring performances are involved, then we wouldn’t be wrong to say that despite the fact that he may not have huge fans around the world compared to the likes of John Cena and Roman Reigns, he does wrestle well.

This came to quite a number of fans as a shock as they had naturally keyed Triple H into the lock of the company. But for whatever reason, the WWE management has refused to renew Triple H contract this time around.

The WWE Chairman Vince McMahon said that if Shane won The Undertaker at WrestleMania 32, Triple H and Stephanie McMahon would leave the company.

And there were indications that Shane would win – it was becoming crystal clear, too clear to doubt. Hence Shane would take over WWE RAW from HHH and Stephanie and that would bring WWE into a new light.

With Shane at the driver’s seat of the company, WWE would no longer need Triple H and Stephanie around in its management’s team. And that translates to Shane taking over the television roles as well.

At wrestlemania 32, the controversies were resolved, Shane McMahon lost the fight to The Undertaker which later made the boss Vince McMahon to make them both directors of both brand, Raw and Smackdown respectively.

The business is on still and both Shane and Stephanie McMahon is really great in the business.