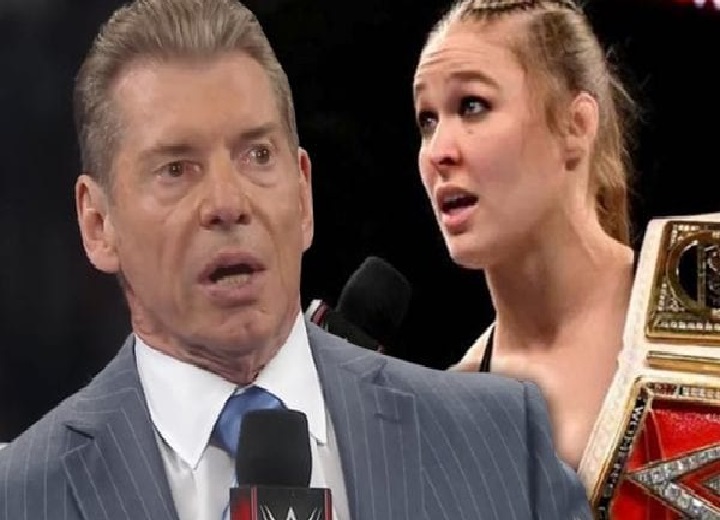 Vince McMahon has WrestleMania 37 on the mind and it appears he’s making some grand plans. Vince McMahon wants to get two of his biggest female stars back.

The chairman of WWE is working under the guise that fans will be able to attend their biggest show of the year, and reports have suggested that Tampa is to hold the next WrestleMania.

Of course, the new SoFi stadium in Los Angeles has been booked in to host the event, but the Florida governor has suggested full stadium shows can be run again and WWE were meant to have WrestleMania 36 at the Raymond James Stadium in Tampa before the coronavirus pandemic forced the event behind closed doors.

McMahon appears to want to pull out all the stops for next year.

With The Rock and Roman Reigns speculated, another rumour doing the rounds is Becky Lynch versus Ronda Rousey.

That’s the singles match that needs to happen after their stories rivalry culminated in a triple-threat match involving Charlotte Flair at WrestleMania 35 – the first-ever all-female main event of WrestleMania.

It’s been reported that Becky Lynch was backstage at SmackDown’s season premiere last week – which her fiance Seth Rollins was pleased with – and speculation has run wild as to why The Man was present from the glaringly simple notion of support to far more.

We confirmed with sources that Lynch was indeed present, but nothing more.

Rousey took a sabbatical from WWE after WrestleMania 35 and publicly stated she was attempting to start a family.

That’s yet to come to fruition it seems but Lynch and Rollins just had their first child in December.

That doesn’t give Lynch a bunch of time to get back in ring shape or adjust to being a mother before taking on the biggest singles match of her life, but stranger things have happened.

Rousey has been seen doing a lot of wrestling training lately and former WWE star JTG and TNA legend James Storm have both shared pictures working out in a ring with her.

Bret Hart says he received death threats from female fans, especially ‘The Nasty Girl’ he was very nice to