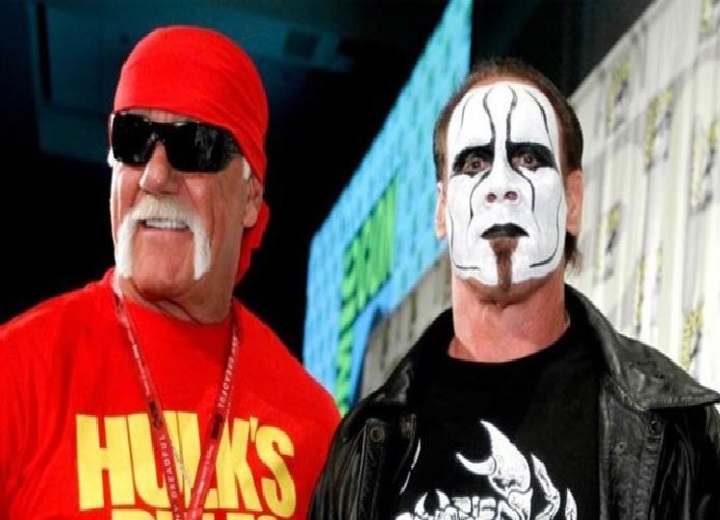 Sting was WCW’s franchise player for most of his career. His rivalry with the nWo defined the company in the late 90s. It made him the most mystifying wrestlers in the world. An important part of the rivalry was Sting’s issues with Hulk Hogan. Both men were the living embodiment of all that is good in the world, but switched to the dark side.

How did Sting and Hogan come face to face?

In 1996, Hulk Hogan made his WCW debut by joining forces with the Outsiders. He, Kevin Nash, and Scott Hall formed the nWo. They quickly became the top heels in WCW, but were also one of the coolest factions in pro wrestling at the time.

The nWo targeted Sting and Lex Luger and had an imposter Sting attack Luger. This led to the Stinger losing every friend he had in WCW, and he cut a very enraged promo on WCW Nitro. He declared himself a free agent, which insinuated that the Icon was done with WCW.

The Icon soon returned, but came with a complete change in character. He introduced fans and the nWo to the vigilante we know and love today. Hell-bent on ridding WCW of the nWo, Sting and Hogan would cross paths at Starrcade 1997.

What happened at Starrcade 1997?

Disaster was about to strike the most eagerly awaited match of the late 90s. Hogan hit Stinger with the big boot and followed up with the signature leg drop. Here is where everything went wrong with the match.

Referee Nick Patrick was in the nWo’s pocket. He did their bidding for them and was supposed to execute a fast count for Hogan to retain the title. However, Patrick counted the pin at a normal pace, giving Hogan the clean win over the Icon.

Out of nowhere, Bret ‘The Hitman’ Hart walked out and refused to let the timekeeper ring the bell. It made sense for Hart to stop the timekeeper if the count was fast.

Bret had the match restarted and once the bell rang, he assumed the role of the referee, and called for the bell once Hogan verbally submitted to the Scorpion Deathlock.

The aftermath of the match is also a very messy situation. Sting’s rivalry with the nWo continued into 1998, Unfortunately, it lost a significant amount of steam and was a major contributor to the death of WCW.

As for Hogan and Sting, they moved on in different directions. The Icon wrestled for TNA after a hiatus, while Hogan and the nWo found themselves back in WWE.

WATCH: When Sting Punished Hulk Hogan After a Controversial Defeat at Starrcade 1997