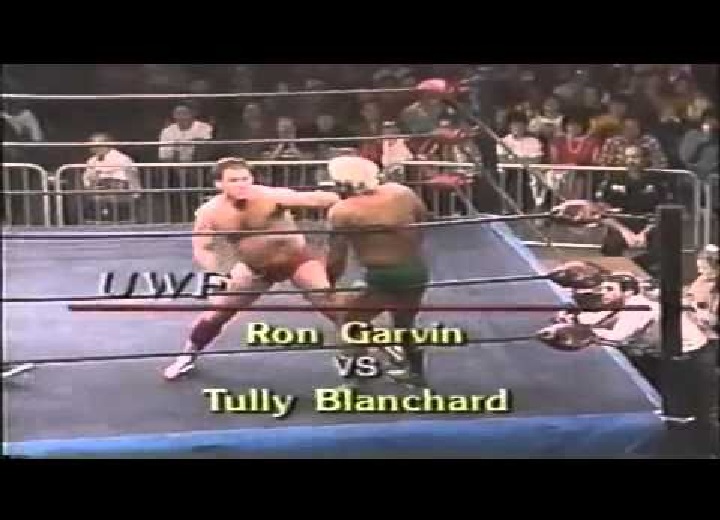 Enjoy this look back at a great period in time for the NWA. Jim Ross is great on the microphone and the end of this match features some of the true legends of this business!

WWE Hall of Famer and original member of the Four Horsemen, Tully Blanchard, sat down for a candid interview with Hannibal TV recently.

Tully Blanchard was destined to become a star. In fact, you can say he was bred for it. From the time he was a child, his father, famed wrestler and promoter Joe Blanchard, took a hands-on interest in Tully’s sports pursuits and with the intention of positioning him for stardom.

For example, when Tully took an interest in football, Joe, a star collegiate and pro offensive lineman himself, taught him how to play quarterback because that was the most celebrated position.

“My dad didn’t want me to be an offensive lineman, so he taught me to play quarterback,” Tully said in a July 2016 speech accepting his dad’s posthumous induction into the Pro Wrestling Hall of Fame. “He wanted me to be a star.”

Stephanie McMahon: “I don’t know if I could handle seeing Triple H with another girl”