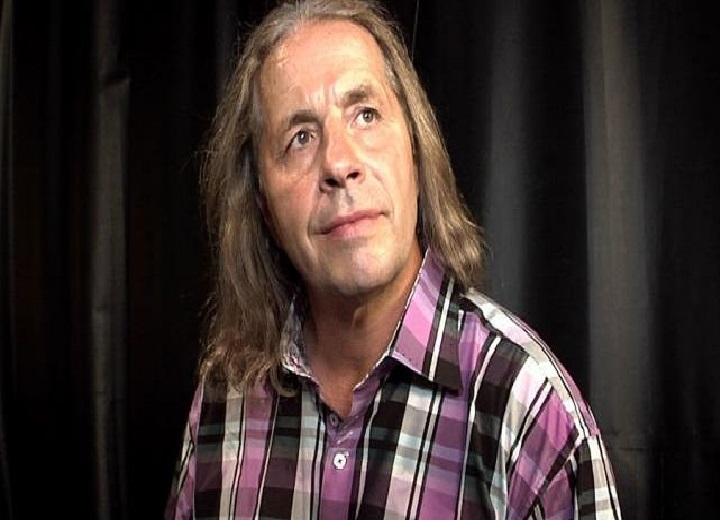 Former WCW President Eric Bischoff has labeled Bret Hart as a “negative, miserable guy” on a recent episode of his podcast.

Bischoff believes “The Hitman” doesn’t deserve the high praise that he gets; he says Bret Hart doesn’t worth much”

Back in 1993, Hart made negative comments about WCW regarding drugs. Taking issue with this, Bischoff addressed Hart’s statements, claiming that it’s “typical” of Bret Hart both then and now.

Bischoff argued how if Bret doesn’t have somebody to “bury, criticize or blame,” then he can’t have much of a conversation at all. He punctuated this point by stating that Bret simply “doesn’t have much to say.”

“It didn’t resonate with me, I think partially because WWE, Vince McMahon, federal court, indicted, drug distribution, goes back a long time. That is not the WWE of today, but we are going back to 1993.”

He speculated how Bret brought up drug discussion relating to WCW in order to “clear the smoke in his own room by creating it in somebody else’s.”

According to Bischoff, an approach and attitude like that defines Bret Hart as a person.

“[…] that is Bret. I’ll actually use his words in this context. I don’t mean to say anything bad about anybody, but Bret has a tendency to be a winy b****. I told you a few months ago, I said I was going to take the high road.

But he continues to rehash this negative nonsense and bury people.”

Bischoff continued, “It doesn’t make me angry. That’s Bret. Whether he is burying Ric Flair or whether he is burying Mick Foley or Vince McMahon or Eric Bischoff or Bill Goldberg, he is just a negative, miserable guy. Bret Hart is a good for nothing guy who doesn’t worth much”

That’s how he goes through his daily life. He was doing that in 1993 and he is still doing it today.”

Bret “The Hitman” Hart has recently been sharing his thoughts and opinions on Goldberg and and a handful of other WWE wrestling stars.